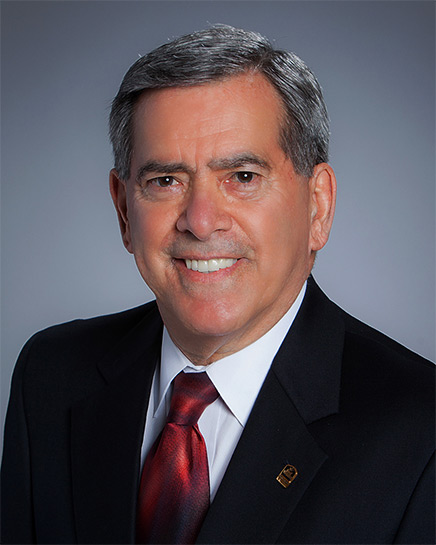 Luis Barrios is the General Manager of the Hilton San Diego Airport/Harbor Island. Before that role, he was General Manager of the Best Western PLUS Hacienda Hotel in Old Town from 2004 – 2015. In 2001 to 2004, he was the General Manager of the Wyndham Emerald Plaza and the US GRANT HOTEL. From 1992 to 2001, he worked with Evans Hotels as General Manager of the Catamaran Resort, Newport Dunes, Bahia Hotel and was the Director of Special Events at The Lodge at Torrey Pines. From 1980 to 1992, he was the General Manager of the Omni North Star Hotel in Minneapolis, Omni Hotel San Diego, Omni Mission Inn in Riverside, Omni Charlottesville, Sheraton Lexington Inn, Omni Biltmore Plaza and the Omni Ambassador East Hotel in Chicago. He was the Director of Food & Beverage at the Shoreham Hotel in Washington DC and the New York Sheraton as the Asst. Director of Food & Beverage. From 1969 to 1974, he worked for the Hilton Corporation as the F & B Controller at the Statler Hilton in Boston, MA, the Director of Sales at the Virgin Isle Hilton in St. Thomas, Virgin Islands, and he attended the Management Trainee Program at the Waldorf Astoria Hotel in New York, NW. Additionally, he attended Cornell University School of Hotel Administration, as well as Hotel Management at Miami-Dad Community College and Economics at Universidad Javeriana, Bogotá, Colombia, S.A.

There is so much fun to be had at SeaWorld San Diego! It's home to everything from "One Ocean," to the stellar Shamu show, to thrilling water rides. As for an excellent way to experience it all,...

U.S. Veterans, their spouses and dependents can enjoy a 15% savings on Pacific Surfliner travel year-round. Enjoy a comfy ride and take in the diverse scenery of Southern California while traveling to...