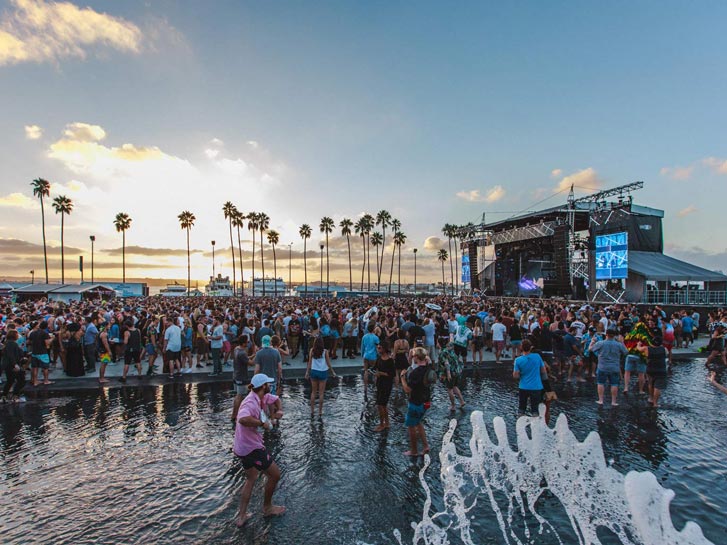 When: September 13-15, 2019
Experience a curated three-day sound voyage that combines rock-n-roll music and tastemaking events in a modern wonderland on the warm shores of the Pacific. With world-class music, hilarious comedy, incredible cuisine, craft libations, inspiring contemporary art, and personal indulgences, KAABOO Del Mar is everything a typical music festival is not.

When: September 14, 2019
Head to Old Town San Diego State Historic Park to celebrate Mexican Independence during the Fiestas Patrias! There will be a variety of entertainment, including a parade, historic and traditional music, dance groups, crafts, games and informational demonstrations that represent the activities enjoyed by the early settlers on San Diego in the 1800s.

When: September 14-15, 2019
Celebrate history in the birthplace of San Diego (Old Town) with a weekend of free festivities, entertainment, and activities for the whole family.

When: September 21-22, 2019
Featuring 90 musical acts on six stages, the Adams Avenue Street Fair is SoCal's largest free two-day music festival, held each year during the last weekend in September in the community of Normal Heights.

When: September 21-22, 2019
Pacific Islander Festival showcases the cultures and customs of Melanesia, Micronesia and Polynesia with entertainment, food, music and specialty crafts.

When: September 21, 2019
San Diego Festival of Beer is a fun-filled evening with beer lovers like yourself enjoying the sounds of live music while sampling from nearly 60 breweries.

When: September 21, 2019
Bayside Brew and Spirits Festival is the first bi-national beer festival in San Diego. We're bringing together the best of both sides of the border to create an afternoon of fun for the South Bay.

When: September 26-29, 2019
Revisit Jules Verne's classic tale of 20,000 Leagues Under the Sea: follow Captain Nemo west across the Pacific Ocean as he returns to his secret island paradise on Vulcania and be prepared to add a little Tiki to your weekend at a Tiki-punk inspired weekend to remember!

When: September 27-29, 2019
Marine Corps Air Station Miramar is once again hosting the largest military Air Show in the country! This year's theme is "Honoring 100 Years of Women in the Marine Corps."

When: September 28-29, 2019
Be a part of history and welcome 16th century explorer Juan Rodriguez Cabrillo as he steps ashore on Ballast Point during San Diego's Cabrillo Festival.

When: September 28-29, 2019
CRSSD Festival is a two-day electronic music festival at the 12-acre San Diego Waterfront Park featuring three stages and 36+ performers. In addition to the music, the festival will offer craft beer, mixed drinks, food, and more. 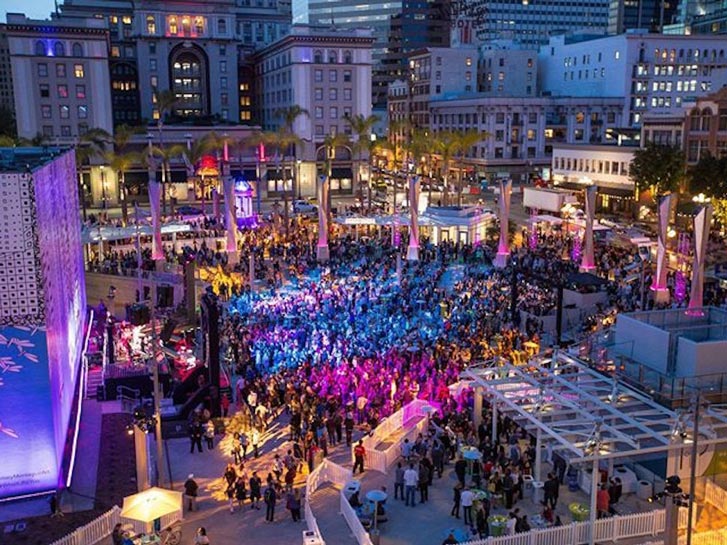 When: October 5, 2019
Pacific BeachFest has something for everyone including a fish taco contest, beach volleyball, craft beer, 5K run, kids activities and music!

When: October 11-13, 2019
The annual Polish Festival in San Diego is a wonderful cultural celebration in Pacific Beach all about Polish culture, traditions and cuisine.

When: October 12-13, 2019
Just steps from the beautiful Pacific Ocean on Girard Avenue, bask in beautiful San Diego sun while meandering through over 150 handpicked artist booths, for a weekend of fine art, along with delectable wines, craft beers, scrumptious food, and live music.

When: October 15-20, 2019
Be part of the scene with five days to immerse yourself in engaging films, the hottest parties, intriguing panels, celebrity sightings, and industry events.

When: October 15-27, 2019
The San Diego Italian Film Festival showcases the best of new Italian film with a series of premieres ranging from dramas and comedies to documentaries.

When: October 17-20, 2019
WoW Festival is an exhilarating weekend of immersive and site-based work designed to break barriers by moving beyond the boundaries of a traditional four-walled theatre spaces.

When: October 18-20, 2019
Borrego Days Desert Festival is filled to the brim with inspiring art, entertainment, delicious food and drink, and so much more!

When: October 19, 2019
Get ready to rev up your engines as the streets of Little Italy become home to over 40 classic and rare “Italian bulls,” better known as Lamborghinis.

When: October 20, 2019
Held at Seaside State Beach in Solana Beach, this is a family- and pet-friendly music and art festival you won't want to miss. Great music from local artists will be ringing across the salty shores, with plenty of sun to soak up, and tropical drinks to cool down.

When: October 20, 2019
Since 1989, the Escondido Grand Avenue Festival has brought live entertainment, over 400 vendors, children's rides and activities, and food from around the world to the tree-lined streets of downtown Escondido. 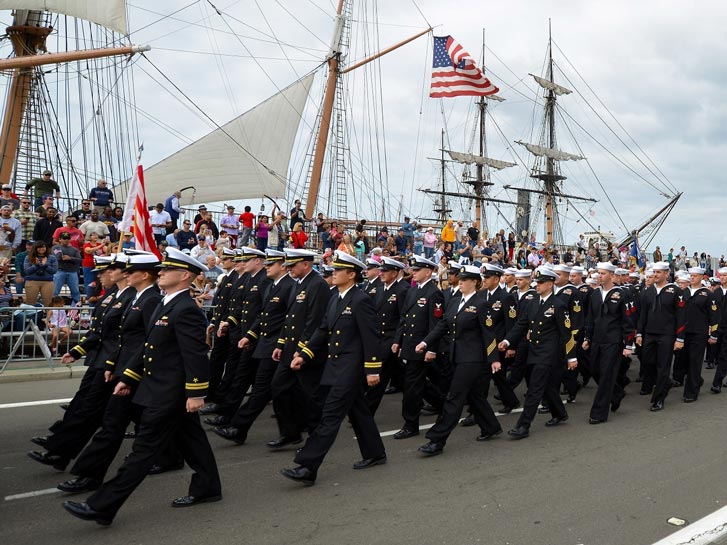 When: November 3, 2019
Take in the beauty of the seaside city while browsing through unique booths, indulging in delectable eats and enjoying family entertainment at the Carlsbad Village Faire.

When: November 3, 2019
Climb aboard an old-fashioned hay ride, pan for gold, check out a Wild West Show, saddle up on pony rides, and enjoy two stages of live entertainment.

When: November 4-12, 2019
Fleet Week San Diego honors and celebrates the men and women of the military through events that entertain and alliances that thank and support these heroes.

When: November 8-11, 2019
The Coronado Island Film Festival (CIFF) cordially invites makers and lovers of film everywhere to join us in this unique historic seaside village.

When: November 22-24, 2019
New in 2019, the inaugural Wonderfront Music and Arts Festival will celebrate San Diego’s culture and beach lifestyle with yacht parties and live performances held on San Diego Bay.

When: November 24, 2019
With 450+ booths, plus dozens of unique downtown retailers, the Encinitas Holiday Street Fair is a perfect opportunity to get a head start on your holiday shopping.

When: November 27 - December 1, 2019
The 40th San Diego Jazz Fest will present a variety of traditional jazz music, from ragtime to hot jazz to swing to rockabilly at the Town & Country Resort and Hotel in Hotel Circle. Jazz bands and musicians from across the U.S. will perform.

Mission Fed ArtWalk is returning to the streets of Little Italy with an in-person event on Saturday, October 2 and Sunday, October 3.

The FREE La Jolla Art & Wine Festival returns for its 12th year with even more prestigious art, international wine, craft beer, and family fun on Saturday, October 9th and Sunday, October 10th, 2021 from 10 AM to 6 PM. With a spectacular coastline, upscale village atmosphere, and picturesque views, La Jolla is the perfect setting for the beloved and widely recognized La Jolla Art and Wine Festival. There is truly something for everyone to enjoy, including over 150 juried artists from around the globe, 3D chalk art displays, interactive art murals, non-stop live music, family art center, roving entertainment, gourmet food court, and a wine, craft beer, and spirits garden featuring local brews, distilleries and global wineries.

The 2021 festival is relocating to the San Diego Surf Park in North San Diego, formerly the Del Mar polo fields. The new location is ideally situated with easy freeway access from all parts of San Diego County. There is plenty of available parking. The San Diego Festival of the Arts Foundation, Inc., has raised more than $2.6 million to benefit adults and children with disabilities since 1987.

ArtWalk @ Liberty Station is returning to ARTS DISTRICT Liberty Station on Saturday, August 7 and Sunday, August 8. This year marks 16 years of the fine arts show which brings visual arts to the historic San Diego community. With many art shows and in-person events being cancelled for most of 2020, ArtWalk celebrates the return of in-person art events and continues to serve as a symbol of hope for the art community.