Summer is a time to relax, explore and enjoy – and there’s no better place to perfect the art of summer than in Balboa Park. From evening concerts to extended museum hours to food truck feasts to gardens and picnics and more, Balboa Park is the destination for summer fun – all day and into the night.

As writer Charles Bowden once said: “Summertime is the best of what might be.”

Summertime might be when the living is easy, but there is certainly an art to getting those sultry, slower months just right. It means exploring and enjoying new experiences with a no-stress stance and Balboa Park is uniquely designed to hit all the high cultural notes while providing a more leisurely pace to savor the sights and sounds.

From evening concerts to kid-friendly fun to festive food and drink to cool cultural events and extended museum hours, summer is indeed a form of art in Balboa Park. Here are just some of this season’s highlights.

Actually, make that a lot of night music – a lot of free night music to be exact. It all starts on May 31 with a free summer kickoff concert featuring the San Diego Youth Symphony and other musical entertainment. The event starts 5:00 PM and the Youth Symphony will be playing in front of the Botanical Building at 7:00 PM. From there the summer nights are filled with musical delights at the Spreckels Organ Pavilion from the 32nd International Summer Organ Festival spearheaded by San Diego civic organist Raúl Prieto Ramírez. The festival features free concerts on the world’s largest outdoor pipe organ on Monday nights and start off with a bang on June 24 with a tribute concert to Led Zeppelin and Pink Floyd and runs through August 26. The season finale is on Saturday August 31 with the always-popular silent movie night. But the music doesn’t end there. Free Twilight in the Park Summer Concerts are held on Tuesday, Wednesday and Thursday evening at 6:30 p.m. from June 18 to August 29 featuring everything from yacht rock to reggae to honky-tonk.

Looking a movable feast that provides plenty of options? Then you’ll want to get thyself and thy stomach on over to Balboa Park for its Food Truck Fridays. From May 31 through September 27, a fleet of food trucks will roll into the park at 4:00 PM to provide a wide range of gastronomic options from appetizers to desserts to everything in between. The event also features DJs and musicians playing in the Plaza de Panama. It is also a perfect way to have a low-stress picnic. Just grab something to eat at one of the many trucks in tow and then head over to the West or East lawns right outside of the Botanical Building to soak up the scene. Of course, after filling your belly, it’ll time to feed your mind by visiting the many museums offering extended summer hours.

And speaking of extended hours…Summer in Balboa Park is all about the gift of time – the time to explore some of the park’s coolest treasures during extended hours at many of the most popular museums on Friday nights. Even better some of the museums offer deals on after-hour tickets. The San Diego Natural History Museum is open on Thursday and Friday nights from 10:00 AM to 8:00 PM, with half-off admission after 5:00 PM and access to its rooftop bar, which offers eye-popping views of the park and Downtown San Diego. (Thursday nights are also trivia night at The Nat.) The Fleet Science Center will be open until 10:00 PM on Fridays, giving kids and adults alike to check out its more than 100 hands-on exhibits as well as Pause|Play, which is basically an indoor playground that offers fun with scientific insights along the way. The San Diego Museum of Art is also open from 10:00 AM to 8:00 PM and admission is only $5 after 5:00 PM. The Museum of Photographic Arts is open until 8:00 PM on Fridays. The Japanese Friendship Garden is open from 10:00 AM to 7:00 PM not only on Fridays but all week long during the summer. The San Diego History Center is open until 7:00 PM on Friday nights and will be offering up some adult beverages in their atrium.

For Love of Countries

Travel around the globe without ever leaving Balboa Park. On Saturdays and Sundays in the summer, the International Cottages – which were built for the 1935 Exposition – are open from 11:00 AM to 5:00 PM, giving visitors a window into the world through the 34 cultures and countries that are all housed in the quaintest of quaint structures. On most Sundays, there are performances at 2 p.m. from the different cottages that feature music, dance, traditional costumes, arts, crafts and ethnic foods. Need another reason to check out this multicultural charm? The area is one of the best places to picnic in the park and alcohol – but no glass of any kind – is permitted between the hours of noon and 8:00 PM.

Sure, San Diego is filled with outdoor movie options in the summer. But if you are looking for some more high-minded fair, you’ll want to grab a blanket and hightail it to the East lawn in Balboa Park on Thursday nights in August for the San Diego Museum of Art’s Screen on the Green. This summer the has a wide range of films – from the artist-inspired musical "An American in Paris" to the swashbuckling fun of "The 7th Voyage of Sinbad" to Alfred Hitchcock’s suspenseful classic “Spellbound.” All the films are on Thursday nights throughout the month of August, starting at around 8 p.m., which is also when it is no longer legal to consume alcoholic beverages in the park. Dogs, however, are welcome.

Shall I Compare Thee to a Summer’s Day

What could be better than taking in a timeless tale by the bard? How about doing it under the stars on a San Diego summer night? That’s exactly what The Old Globe offers each summer with its Shakespeare Festival. In fact, there is really nothing quite like seeing some of Shakespeare’s most iconic plays – The Tempest, Much Ado About Nothing, King Richard II and Hamlet to name a few – featuring seasoned Shakespearian actors in the 615-seat Lowell Davies Festival Theatre, which is framed by towering Eucalyptus trees. The festival also gives attendees plenty of chances to get up close and personal with material as well as the cast and crew with free seminars and question-and-answer sessions on select nights. This year’s offerings are "As You Like It," which runs from June 16 to July 21 and "Romeo and Juliet," directed by Barry Edelstein, the Globe’s artistic director, from August 11 to September 15.

Save up to $3 on admission to The Nat

Save $3 on Adult Admission and $2 off other admission categories at the San Diego Natural History Museum. Admission includes access to 3D films.

Travel Agents, wholesalers, and tour operators presenting a valid IATA or IATAN card with picture ID receive a 10% discount off the 1-Day Pass at the San Diego Zoo Safari Park ticket windows. One...

Join us on the third Saturday of each month to investigate exciting science topics. Sessions will be filled with new challenges, hands-on activities and interaction with local scientists. Throughout...

San Diego area residents and visitors are in for a special treat in February! Pick up your Museum Month discount pass at any of the libraries listed at the bottom of this page or when you stay at...

La Jolla California is proud to welcome the La Jolla Concours d’Elegance presented by LPL Financial and Pacific Sotheby’s International Realty back to the jewel of the West Coast on of...

Celebrate as the sights, sounds and aromas of Asia come alive during this local San Diego festival that's fit for the whole family happening weekends January 11, 2020 - February 2, 2020 (to include...

Have a Play Date! More than 30 San Diego performing arts organizations have come together to collaborate on and promote the fourth annual San Diego Theatre Week, a celebration of... 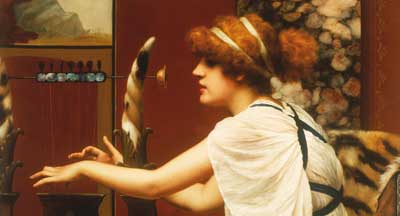 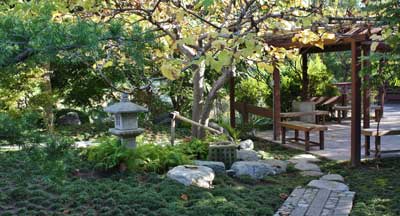 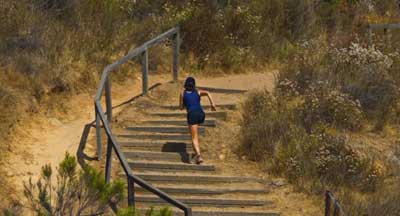 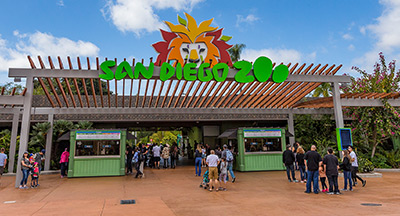 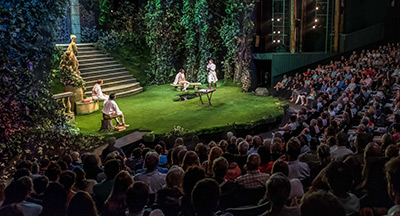 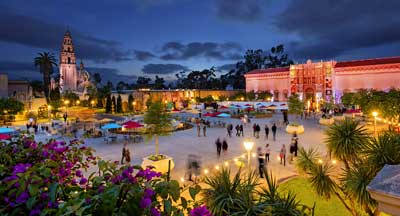 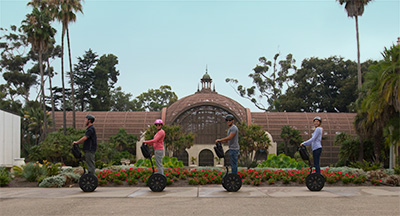 To help you make the most of a first-time visit to San Diego, we've developed a special day-long itinerary highlighting some of the city's top attractions.

Here's just a brief look at why this city by the beach is earning a reputation as a vibrant, culturally rich and culture-loving destination.

Enjoy the sights and scene in San Diego