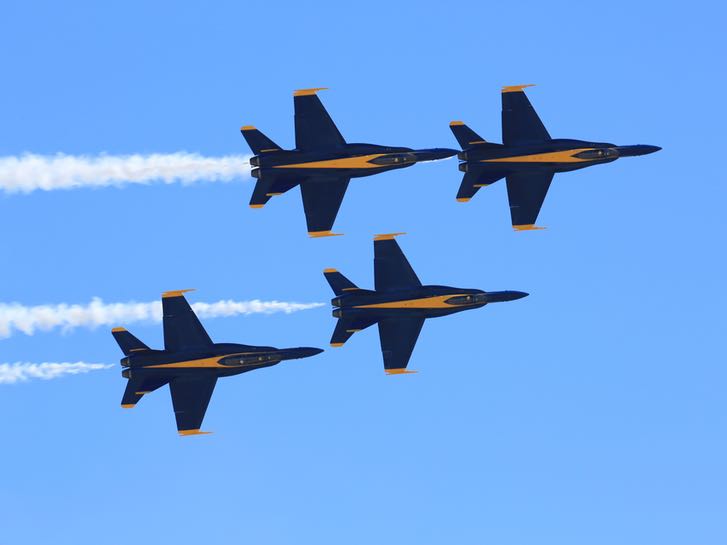 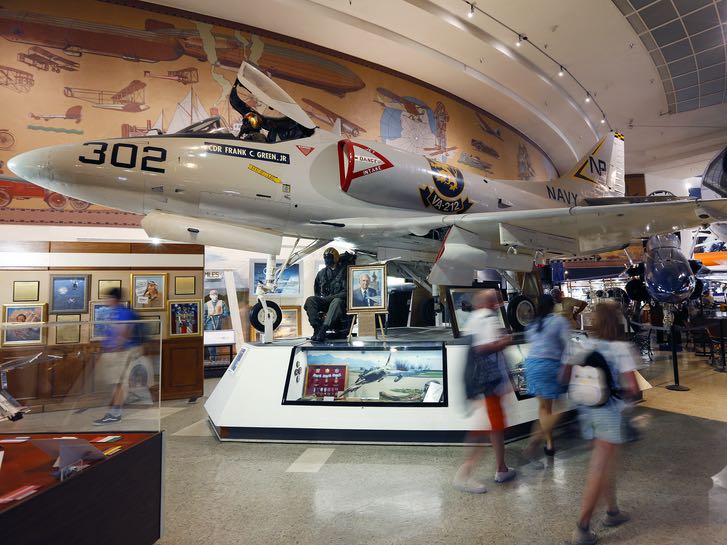 What sets this museum apart from all others is the fact that it is the only museum in the world dedicated to preserving the incredible contributions made by United States Marine Corps aviators and their ground support personnel. A dedicated group of staff and volunteers preserve and restore the more than 30 Marine Corps aircraft displayed throughout the museum grounds. Bring the kids to one of the Open Cockpit Days so they can sit in the cockpit and feel like a real pilot

California's Official Air and Space Museum, the San Diego Air & Museum in Balboa Park houses a collection of historic aircraft and spacecraft from all over the world, including a flyable replica of Lindbergh's Spirit of St. Louis, the actual Apollo 9 Command Module spacecraft, the only real GPS satellite on display in the world, MaxFlight® and Space Shuttle simulators, a 3D/4D Theater, interactive kid zone, ever-changing traveling exhibitions and the Flight Path Grill serving up food and a million-dollar view of Downtown San Diego from the Observation Deck.

Imagine living aboard a floating city at sea with 4,500 shipmates on the USS Midway, the longest-serving U.S. Navy aircraft carrier of the 20th century! Exploring the galleys, officer's country, sleeping quarters and the four-acre flight deck. Walk through helicopters, ride three types of flight simulators, climb in bunks, and sit in ejection seat theatre. Admission includes a self-guided audio tour to over 60 locations from the engine room to control tower, narrated by Midway sailors who lived or worked in each. 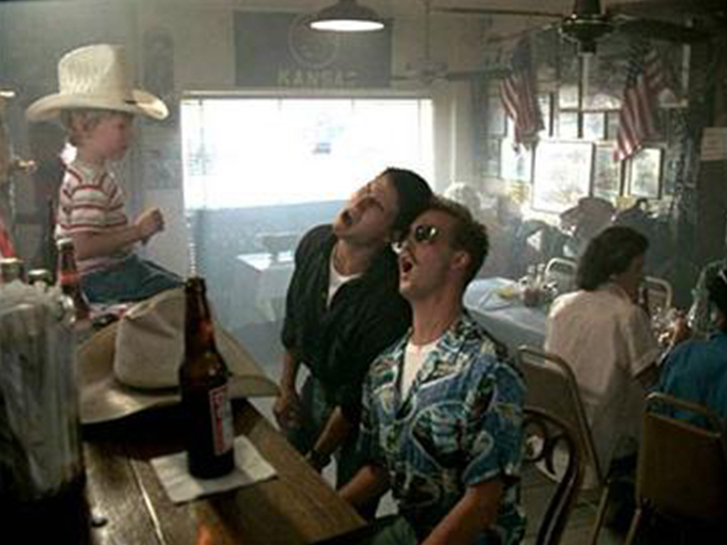 One of the film's most memorable scenes was filmed at Kansas City Barbeque, located just a short walk from the USS Midway Museum. This unassuming, casual sports bar was where Maverick (Tom Cruise) and Goose (Anthony Edwards) play "Great Balls of Fire" at the piano. Proudly sporting a "Top Gun" neon sign on its front window, Kansas City Barbeque displays a large collection of Top Gun and U.S. Air Force memorabilia including mementos, autographed posters and photos from the filming.

The scene where instructor Charlie (Kelly McGillis) driving in her Porsche stops Maverick on his motorcycle to admit she's "falling" for him is set on the corner of West Laurel and Union streets in Bankers Hill. As you drive up the steep incline along West Laurel from downtown's bayfront toward Balboa Park, you'll see a big palm tree on the right hand (south) side of the street at Union; this is the exact location where the romantic scene was shot.

Located at the tip of the Point Loma peninsula under Cabrillo National Monument, the New Point Loma Lighthouse is the setting of Viper’s (Tom Skerritt's) house in the film. During Viper's and Maverick's walk in the garden, the audience gets to enjoy a glimpse of the coastal house and the beautiful Pacific Ocean. Today, the lighthouse keepers’ quarters house U.S. Coast Guard officers who are fortunate to enjoy the prime oceanfront property.

Maverick and Goose embarrass Charlie with a tuneless rendition of "You've Lost That Lovin' Feelin'" in a crowded bar scene during the film. The scene was not shot not in a bar but the Mississippi Ballroom of the historic Lafayette Hotel, Swim Club & Bungalows in North Park. Opened in 1946, the Lafayette Hotel is no stranger to Hollywood. Designed by former Tarzan Johnny Weissmuller, the Lafayette's pool has seen the likes of Ava Gardner and other Hollywood royalty over the years.

Fun in the Sun Package

Connect with your inner child during your next visit to San Diego with our Fun in the Sun Package! The package includes:   Accommodations for two  1/2 Day Bike Usage...

Happy Memorial Day from your friends at the Days! You deserve a getaway to sunny San Diego, which is why we're offering savings of up to 15% on weekday stays through the end of the...