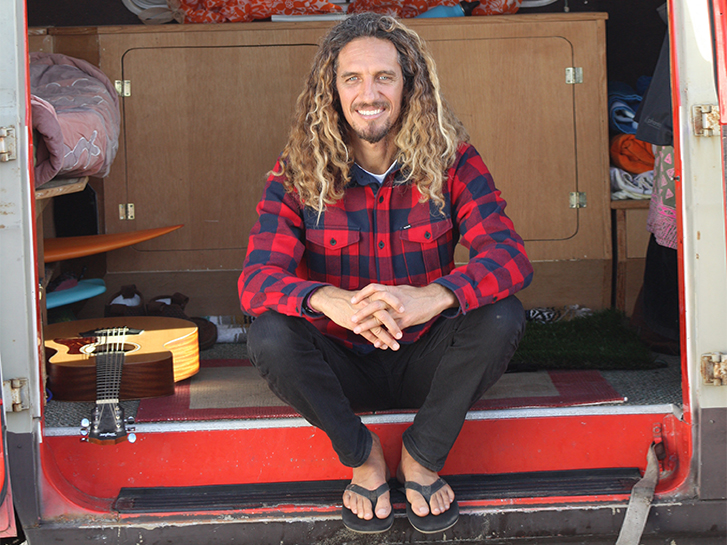 Raised in the North County coastal neighborhood of Cardiff, Rob began surfing at an early age and collecting competition trophies from the start. By age 16 he started consistently making domestic pro tour finals and competed alongside Kelly Slater, Taylor Knox and Pat O'Connell in the 1990 World Amateur Championships in Japan. At 18, he finished second to Shane Beschen on the domestic Bud Pro Tour, qualified for the newly structured ASP World Championship Tour and began picking up endorsement sponsorship from labels like Gotcha and later Hurley.  Through many twists and turn, wins and losses, what is most remarkable about Rob’s meteoric rise to the top has been his consistent laid-back San Diego demeanor, friendly attitude and charitable engagement.  Whether it’s competing on the waves or contemplating one of his favorite books, The Art of Happiness, Rob Machado represents San Diego at its best.

Local tips and information to help you get into the surf

Ready to surf San Diego style? Check out some of our local tips and information to help you get into the surf effortlessly.

An unconventional way to enjoy the California coastline

Oh the stories you’ll tell when you say you’ve been swimming with sharks in San Diego.

A Brief History of Surf and Skate in San Diego

The Early Days of Boarding

Surfing and skating are both beloved sports on an international scale, but the action sports world wouldn’t be what it is today if it weren’t for San Diego. And San Diego wouldn’t be the same without surfing and skating. It’s a lifestyle that can be felt as much as experienced in this destination. It’s how San Diego rolls, and it’s been that way for a long, long time.