Sip and Savor in

The Capital of Craft 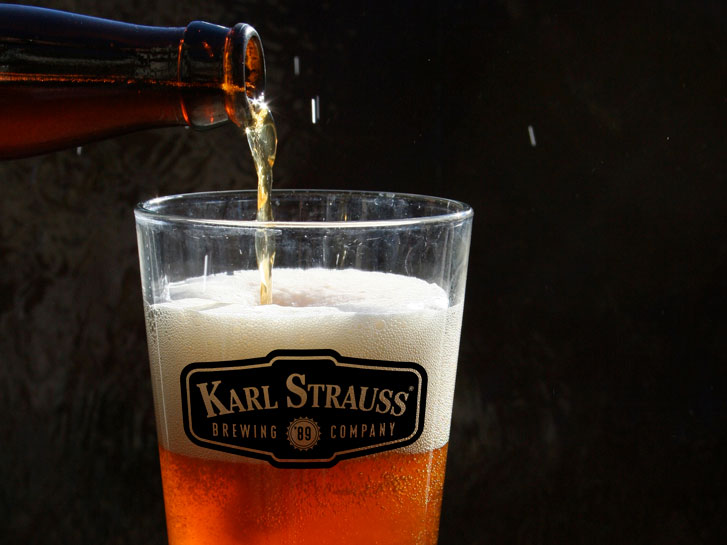 San Diego's meteoric rise as a craft beer capital has added an exciting element to the community, with more than 150 breweries, plus brew pubs and tasting rooms scattered across the county. Local pioneers like Karl Strauss Brewing, Stone Brewing Co., Ballast Point, Coronado Brewing, AleSmith and Pizza Port lead the charge, anchoring a beer scene with everything from backyard and nano-breweries to world-renowned mega craft brewing companies regularly serving up gold medal brews. Navigating San Diego's dynamic craft beer breweries and tasting haunts is an ideal way to explore the city's diverse neighborhoods and get a taste of local craft beer culture.

The Craft Beer Capital of America

The Nation's No. 1 Craft Beer Destination

San Diegan's take beer seriously (in a laid-back sort of way). In fact, San Diego was named the "Top Beer Town" in America by Men's Journal and cited as a "sunny heaven for suds lovers" by the New York Times. San Diego brews have also gained national and international recognition, consistently earning medals at the Great American Beer Festival, World Beer Cup and other competitions.

Sampling these award-winning brews is best experienced at the source—nothing tastes better than a beer poured fresh from a tap that's only feet away from the tank in which it was made. And for the real craft brew enthusiasts who want to pull back the curtain and see where the magic happens, a brewery tour is a must. Many of the local breweries offer behind-the-scenes tours, where you have a chance to meet the brewers and learn about the process of making great beer, San Diego style. Guided tours, which leave the driving to someone else, are also a great way to experience San Diego's craft beer scene.

Brewpubs throughout the county create a winning combination of brewery and restaurant with top-tier chefs pairing beers with delicious plates, hand crafted to perfectly complement a pint of San Diego's finest. Smaller brewers often partner with a rotating contingent of food trucks that cook-up creative fare that rivals any kitchen without wheels.

So whether you are looking to just grab a pint or to pair one with locally sourced dishes, San Diego's craft breweries and brewpubs have you covered, making San Diego the perfect place for a libation vacation.

The Escondido “mothership” is hosting an epic affair at a size and scale never-before-seen at this location! We’re taking over the entire Bistro & beyond for the main celebration...

Come see what all the excitement is about. Pacific BeachFest is San Diego's premier beach festival located in the heart of beach town: Pacific Beach. Enjoy this free, full-day, family-friendly,...

San Diego has nearly 30 tasting rooms in addition to its 137+ breweries. That means, no matter where you are, you can sample a craft beer straight from the source.

Hops in a hopping neighborhood

With so many breweries producing such a wealth of different beers, it can help to focus your plans around a geographic region or even by the types of beers you want to experience.

Something amazing is brewing throughout San Diego. The region's craft/micro/nano breweries are turning out innovative beers, including the West Coast IPA (a local twist on the IPA), that have been pushing the envelope and sweeping award ceremonies at national and international contests.