Find all the major events in San Diego this season. 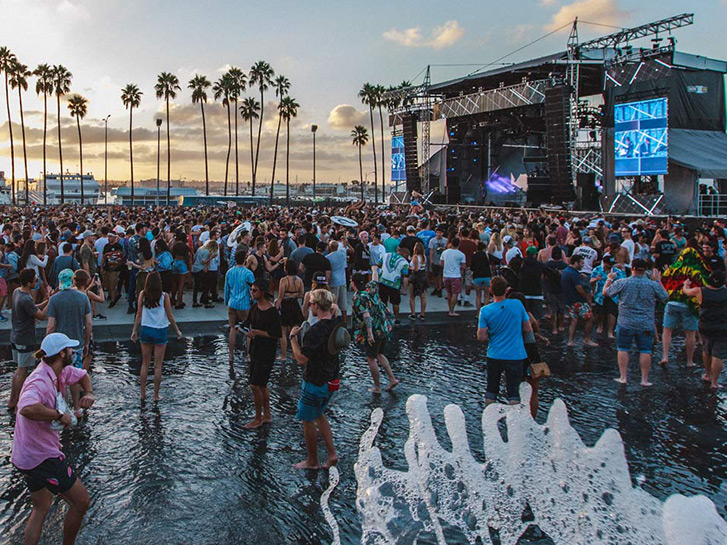 San Diego’s most famous fireworks show, the Big Bay Boom will once again light up the skies over San Diego Bay on the Fourth of July. The 20-minute show will start at 9 p.m., with fireworks visible from Shelter Island, Harbor Island, Spanish Landing, North Embarcadero, South Embarcadero, Cesar E. Chavez Park and Coronado Tidelands Park. This year’s show will include $250,000 worth of pyrotechnics and a few special surprises to celebrate its 20th year.

San Diego Pride is back with all new events throughout Hillcrest, Balboa Park, and more starting July 10 and going through July 18. These live streaming and in-person events will celebrate San Diego’s many distinct LGBTQ communities in ways that uplift diverse cultural identities and experiences. Events and experiences include Pride: Together Again – Art Exhibition, She Fest, Resilient Community March, Light Up the Cathedral, True Colors Revue, Spirit of Stonewall Rally, and more.

The 2021 horse racing season at the Del Mar Racetrack is back and set to run from July 16 through September 6, 2021, with tickets going on sale starting June 18. Join other fans as they flock to the beautiful racing track where the "turf meets the surf" and bet on their favorite horses. This season will feature some of the nation's top racehorses, trainers and jockeys, and plenty of fun in the sun.

The San Diego Symphony has returned with its new, permanent bayfront performance venue along South Embarcadero at The Rady Shell at Jacobs Park. The first bayside concert venue in the nation, The Rady Shell is where the symphony will host its annual summer concert series with live performances kicking off on August 6 and running through November 14. Performances will range from classical to Latin acts, plus jazz, pop, Broadway, and comedy. Films will be screened as well, backed by a full orchestra playing the score live, including “Rocketman” to “Star Wars: Return of the Jedi.” Tickets can be purchased in packages that include several performances here.

Live music is back once again in San Diego as the team behind San Diego’s CRSSD presents a new two-day event called DAY.MVS XL, scheduled for August 7 - 8 in downtown San Diego’s scenic Waterfront Park. DAY.MVS XL is pegged as a warm-up to CRSSD’s highly anticipated return possibly later this fall, featuring a stellar lineup, an after-hours boat trip departing from the venue, and plenty of good food and tunes. The lineup features some of the most popular names in house and techno, including Fisher, Lane 8, MK, Nora En Pure, Monolink, Cloonee, Will Clarke, and more.

The Breeders’ Cup World Championships return to the Del Mar Thoroughbred Club on November 5-6, 2021. The Breeders' Cup is the year-end international championship of horse racing and attracts the best horses and jockeys from around the world. The Del Mar Thoroughbred Club is one of the world’s most iconic racing venues, located in Del Mar along San Diego’s scenic North County coastline. The Breeders’ Cup made its successful debut in 2017 in San Diego.