With a mild year-round climate, proximity to the Pacific Ocean and the Sea of Cortez, rich agricultural resources and an unquestionable influence from its vicinity to México, it’s no wonder San Diego has become a nucleus of hot spots to dine, demonstrating it can offer more than sand and surf.

San Diego stands in the middle of two very powerful influences: the California fare distinguished for its devotion of using fresh local ingredients and pursuit of constantly renovating its cooking techniques, and Mexico's Baja Med cuisine, a food revolution that began in Tijuana, Mexico and is gaining worldwide recognition for combining traditional Mexican ingredients with those of the Mediterranean. Thanks to the daring chefs who have created a dining experience that speaks to locals, San Diego's culinary landscape blends these two influences into a delicious Cali-Baja scene.

California is a state loaded with resources, and San Diego is blessed with the virtues of its land and oceans. In fact, San Diego County has more small farms than any other local county in the nation. Local Organic farmers like Chino Farms are the to-go place for many local restaurants who opt to use seasonal, local, organic ingredients. Is freshness the secret to a great recipe? San Diegans seem to think so, and are constantly demanding sustainable farm-to-table ingredients on their plates.

Sharing the same ocean, south of San Diego, Tijuana's Baja Med cuisine is turning heads and placing Baja on the culinary map. With such close proximity, San Diego and Baja can't help but complement each other. Restaurants such as Puesto in Seaport Village and La Jolla, King & Queen Cantina in Little Italy and Blind Burro in Downtown's Gaslamp Quarter serve up fundamental Baja ingredients such as lobster, chicharrón (pork rinds) and cotija cheese. Even San Diego's own seafood fast food chain, Rubio's, became famous nationally for bringing Baja fish tacos to this side of the border.

Another notable restaurant creating delicious, fresh Cali-Baja cuisine is Coasterra on Harbor Island, where fresh seafood and Mexican classics are served in a beautiful bayside setting.

When it comes to the national dining scene, there is no city that compares to San Diego, and there isn't a category fit for San Diego's gastronomy identity — one that has stopped trying to see what everyone else is doing and endorsed, and instead is doing what it does best: ride its own wave. 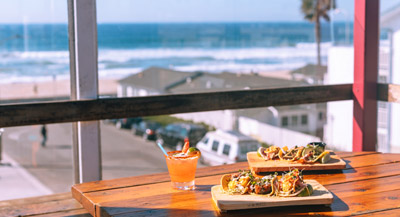 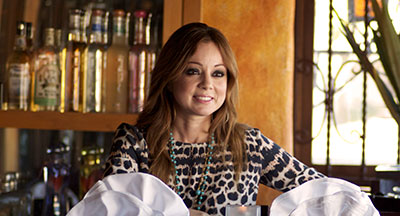 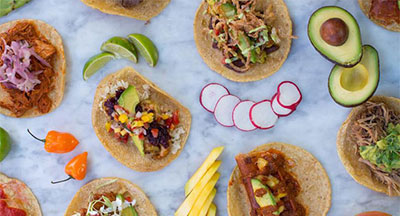 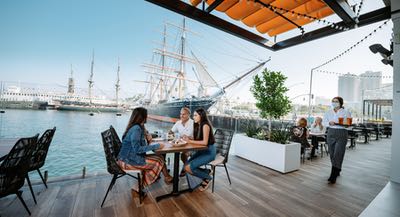 Throw Out The Rulebook

Two San Diego chefs are rockin’ the San Diego food scene by throwing out the culinary rulebook and rewriting the menu.

Best Bets for Shopping and Dining

$5 Off Any Cruise for Cruise Ship Passengers

Celebrate 2023 with 23% Off Shadow or not, we're predicting huge savings on your next spring San Diego stay! Regardless of what season Punxsutawney Phil predicts, it's always sunny in...

Use discount code: MRDRINSD for 10% off tickets for all Tours & Experiences with Murder n' Mayhem. Redeem online at murdernmayhem.com or via phone 619-781-8013 with Discount...

Join us for TRIVIA every Tuesday from 6-8pm. Bring your smarty-pants friends and play, while enjoying great food and drinks. Walk-ins only, no reservations. PRIZES for top 3 Teams

Make this Easter one to remember, surrounded by sparkling views of San Diego Bay. Join us Easter Sunday, April 9, 2023, for Flagship's Easter Brunch Cruise. A decadent spread of all-you-can-eat brunch...