Since the legendary days of Hollywood’s golden years, Del Mar has been the destination of choice for many a movie star as well as those with a taste for fast horses, beautiful beaches and award-winning cuisine.

Along with the Del Mar Fairgrounds, home to the Del Mar Races and San Diego County Fair, the historic and charming Del Mar Village offers a variety of unique shops, renowned restaurants, and luxury and beach-style hotels, many with spectacular views of the Del Mar beaches below. Saturday's farmers' market is also a great place to pick up the freshest and finest produce, flowers and seafood the region has to offer. 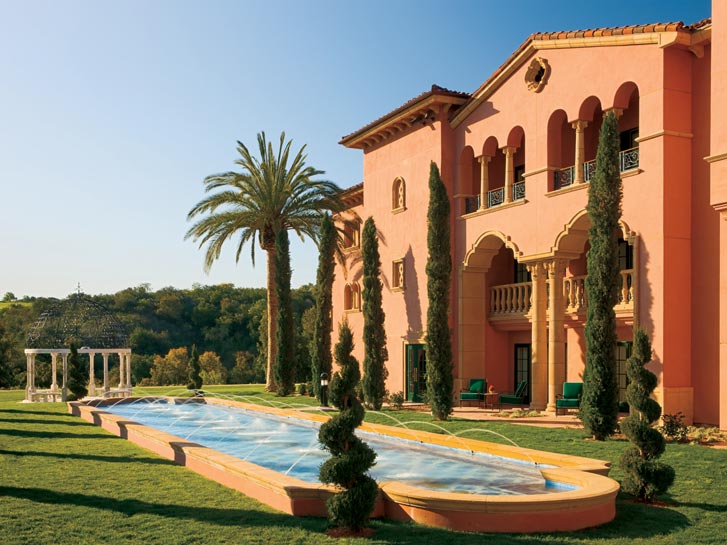 > Find out more about the Fairmont Grand Del Mar

Located right across the street from the Del Mar Fairgrounds, the 257-room Hilton San Diego - Del Mar is especially popular during the Del Mar Races and San Diego County Fair.

> Find out more about the Hilton San Diego - Del Mar

Del Mar Beach Getaway is above and beyond the ordinary vacation rental. Relax in your exclusive, spacious, ocean view master suite, enjoy a private 4-acre park with clubhouse, pool, spa, tennis and kids playground, and fall asleep to the sound of the ocean waves. Your stay at the Del Mar Beach Getaway provides a truly unique SoCal experience.

> Find out more about the Del Mar Beach Getaway

The San Diego Marriott Del Mar Hotel is an ideal choice, whether you're traveling for business, pleasure, or planning a meeting. The hotel provides guests with an array of diverse and exciting entertainment! The unique on-site restaurant, Arterra, offers a trendy dining destination with award-winning cuisine and is open for breakfast, lunch and dinner. Take an evening to unwind with some cocktails from the full bar or outdoor lounge and enjoy some of your favorites at the sushi bar.

> Find out more about the San Diego Marriott Del Mar

Situated within the tranquil Torrey Pines region, Hilton garden Inn San Diego Del Mar is close to the technology district of Sorrento Valley and just a stones throw from the Pacific and downtown Del Mar. On-site restaurants include the contemporary American cuisine of Bistro 39 and classic sandwiches from NY Garden Deli and Cafe. 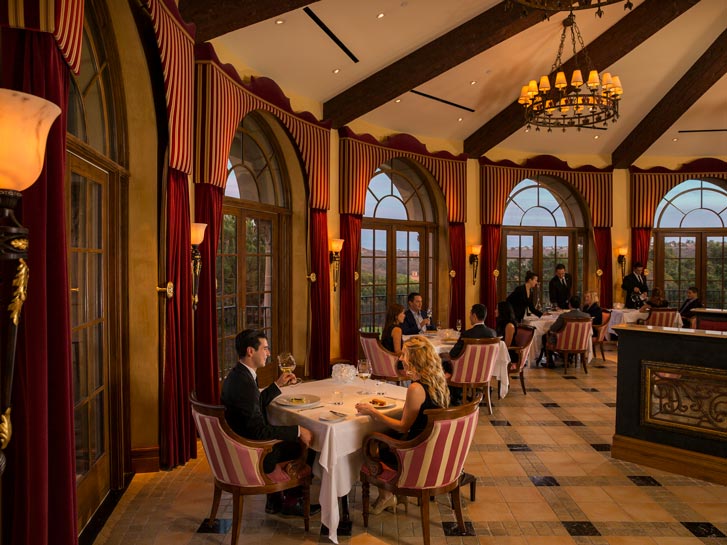 > Find out more about Addison

> Find out more about Arterra

Where: 1660 Coast Blvd, Del Mar, CA 92014
Jake's Del Mar is an unforgettable beachfront dining experience situated right on the sand. Jake's floor to ceiling windows provide sweeping views of the beach and ocean. The menu showcases clean, eclectic flavors and local, sustainable products. Jake's vibrant, friendly atmosphere has made it a local tradition and visitor destination in Del Mar for over 30 years.

Where: 12841 El Camino Real, San Diego, CA 92130
Get ready for sunset views and delicious date nights under Sky Deck's signature rooftop skylight with nine curated culinary destinations with each having their own exclusive dining area, a central cocktail bar, and three of San Diego's top craft beer and kombucha brands rounding out the Brewers Deck. 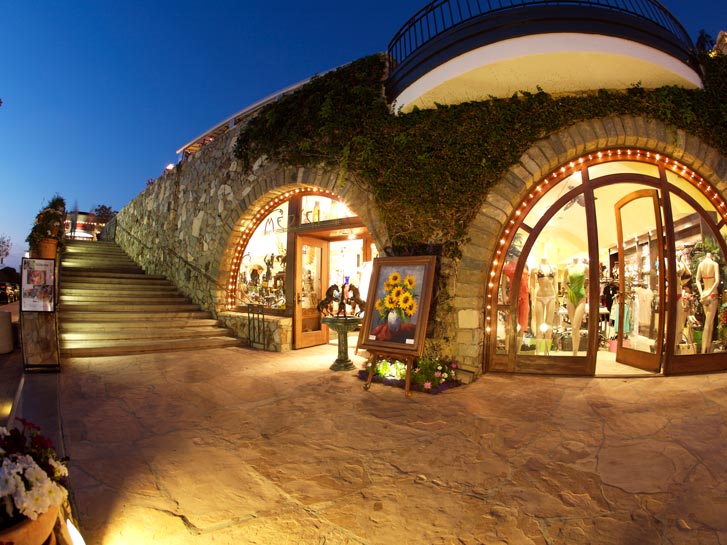 Dating back to the 1880s, Del Mar's old world charm is reflected in the quaint half-timbered Tudor-style architecture. The Village of Del Mar, located between 9th and 15th streets, contains a variety of specialty boutiques and bistro-style patio dining.

> Find out more about the Village of Del Mar

Located at the intersection of Del Mar Heights Road and El Camino Real in the heart of Carmel Valley, the two-level, open-air Del Mar Highlands Town Center boasts over 70 specialty shops, plus Cinépolis Luxury Cinemas and plenty of restaurant options at the Skydeck, interspersed amidst outdoor plazas dotted with comfortable seating, fountains and a fire pit.

> Find out more about the Del Mar Highlands Town Center

Overlooking the Pacific Ocean, the Del Mar Plaza offers an upscale shopping experience for those with impeccable taste for fashion and food. Enjoy fine dining or strolling through unique galleries. The plaza has an elegant atmosphere with its fountains, sculptures and palazzo-style terraces offering spectacular views of the Pacific. 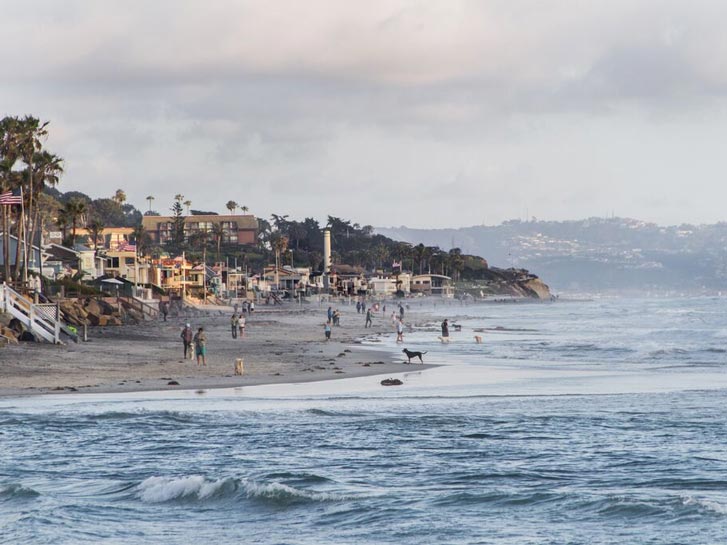 The Grand Golf Club at the Fairmont Grand Del Mar

The only Tom Fazio-designed course is San Diego is The Grand Golf Club at the Fairmont Grand Del Mar. The par 71 course with over 7,000 yards of greens is strategically nestled in Del Mar's meadows, hillsides and valleys. The course showcases Fazio's unique style of bunker use with many deceptive bunkers hiding in the rolling hills.

Drive down the coastline on Historic Highway 101 from laid-back Oceanside to luxurious La Jolla enjoying the diverse and vibrant coastal communities along the way that capture the true essence of a Southern California beach vacation.

> Find out more about Historic Highway 101

Rise above it all, floating up to 3,000 feet on a clear day, and drift through the clouds in a hot air balloon ride while sipping champagne and enjoying panoramic views. Due to favorable wind conditions and unique geography, Del Mar is among the few places in the world where a balloon can fly both at sunrise and sunset.

Spanning over 4,000 acres, Los Peñasquitos Canyon Preserve's natural beauty, rich natural resources and historical adobes make it a popular location for hiking and cycling. The protected preserve is also a great location for wildlife viewing, containing over 175 bird species, 500 plant varietals and rare reptiles, amphibians and mammals who reside within the canyon. 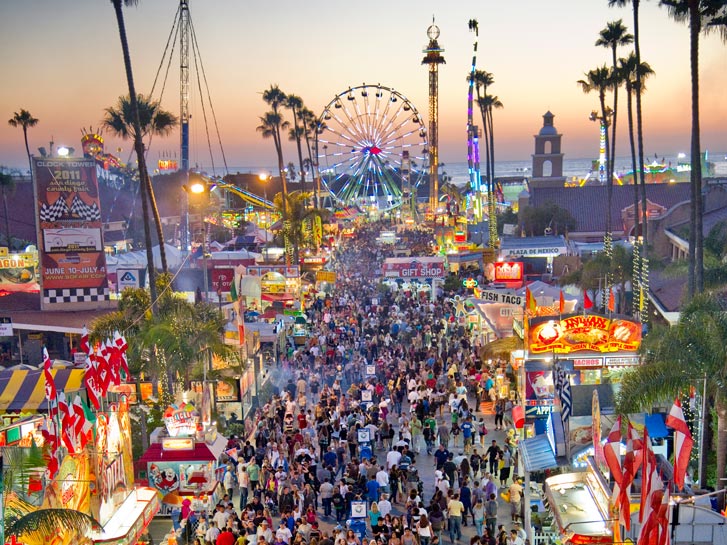 When: November 5-6, 2021
Following its overwhelmingly successful San Diego-area debut in 2017, the Breeders' Cup World Championships return to Del Mar, one of the world's most iconic racing venues - Where the Turf Meets the Surf! The 2021 Breeders' Cup will combine the two greatest days of international horse racing with a fun-filled experience of spectacular beaches and world class entertainment and attractions.

Del Mar is known both nationally and internationally for the Del Mar Thoroughbred Club and its premier horse racing track. Each year from late July through early September and in November, visitors from around the world gather at the seaside racetrack - founded and popularized by Hollywood legend Bing Crosby - to wager on their favorite horses.

The Del Mar Fairgrounds, site of the Del Mar Racetrack, offers a program of ongoing attractions throughout the year, the highlight of which is the San Diego County Fair, occurring from mid-June through early July. The San Diego Fair is San Diego's oldest annual event and the sixth largest fair in the United States, drawing more than 1.4 million visitors annually. It features thrilling carnival rides, animals, woodworking and floral exhibits, a variety of concessions, top-line grandstand performers and an atmosphere that is uniquely Southern Californian.

The Scream Zone at the Del Mar Fairgrounds

San Diego County's largest haunted experience, The Scream Zone is considered among the goriest, scariest, and screaming-est fright fests to be found in the dark corners of Southern California during the Halloween season. You're to be their guest, that is, if you have the nerve!

This thrilling three-week event features three distinct equestrian disciplines - Western, Dressage and Hunter/Jumper - and is recognized as one of the top horse shows on the international stage, attracting nearly 1,500 horses and Olympic, World Cup, and World Champion athletes.

> Find out more about the Del Mar National Horse Show

> Find out more about the Goodguys Meguiar's Del Mar Nationals

From fish tacos to fine dining!

The North County coastline is home to sleepy beach towns, artsy enclaves, quaint villages and a thriving scene along Coast Highway where you’ll find everything from fish tacos to fine dining.

One of the Best Surf Towns in the World

Recently named among the 20 best surf towns in the world by National Geographic, Encinitas wears its surf history proudly. Located along six miles of Pacific Ocean coastline, Encinitas is an unspoiled reminder of the historic Highway 101 beach culture that thrived in the mid-1900s.

A Little Luxury in San Diego

Beautiful and alluring, San Diego’s sparkling stretch of coastline between La Jolla and Del Mar is a sun-kissed California Riviera, shining with sophisticated pleasures and unique treasures that make for an unparalleled leisure holiday.

Enjoy an Amazing Race type adventure with your family and Save 20% when you use Promo Code SDFUN. Only $39.20 for a Team of 2-5 people. Have fun and do something unique! Covid Friendly outdoor...

SeaWorld San Diego is keeping it exciting with all their new rides!  Experience SeaWorld with this fun-filled package. Includes 2 tickets to SeaWorld, a welcome gift and parking for 1 vehicle...

Skydiving Innovations, with its perfect safety record, provides VIP Tandem Skydiving Experiences at the Hotel del Coronado. Now, in a once-in-a-lifetime moment, you can make a thrilling tandem skydive...