With its rich variety of natural and cultural treasures, Balboa Park should be on everyone's bucket list. Seriously, where else can you enjoy iconic architecture, gardens galore and 17 different museums that delve into everything from art to automobiles to ancient Egypt? But taking in all that Balboa Park has to offer takes more than just a couple hours – or even a couple of days. Don't have that kind of time? Here's a list of Balboa Park must-dos to ensure you've explored its essence. 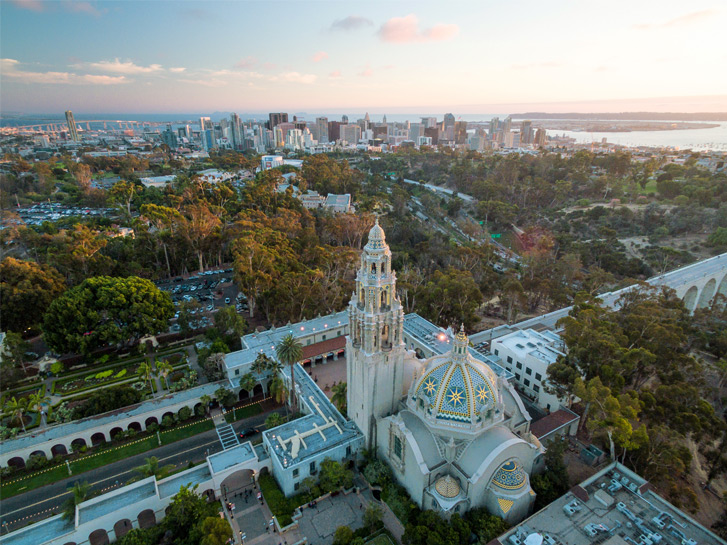 You can’t say that you’ve really seen Balboa Park until you’ve seen it from almost 200 feet up in the air. Where, you ask, can you get that kind of view? Simple: the California Tower at the Museum of Us. While the iconic tower was built as part of the 1915 Exposition, it was closed to the public for more than 80 years. Now, it’s open and visitors can climb to new heights. It’s 125 steps up but is worth the workout as it gives you unparalleled 360-degree views of the park and San Diego – from the beaches to the bays as well as from Mexico to the mountains. 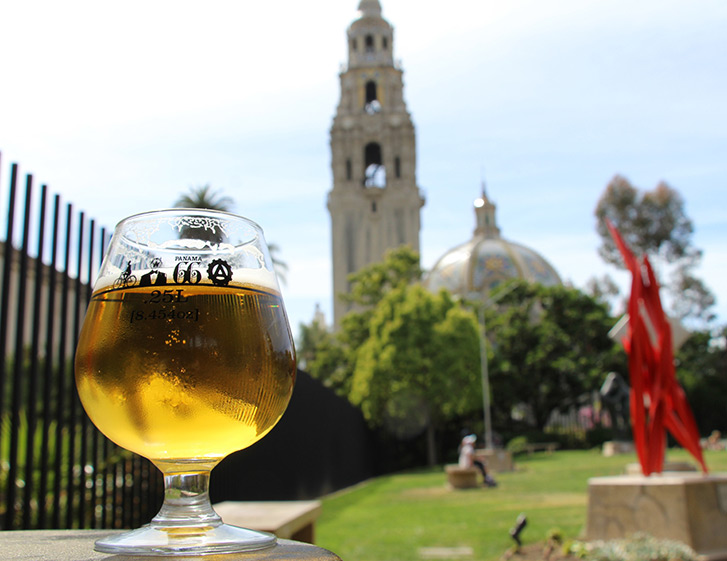 No blanket? No wine? No problem. If you are looking for a romantic moment or at least a moment of respite, you’ll want to head on over to Panama 66. Order a glass of wine, a San Diego craft beer or one of their signature cocktails (the La Donã is, well, la delightful) and pick up one of the picnic blankets reserved for patrons while you are at it. Next, settle in the nearby May S. Marcy Sculpture Garden to sip your drink while soaking up the sights, which include a nice view of the California Tower as well the iconic sculptures that dot the lawn. (One caveat: food is not allowed in the Sculpture Garden but with views this sweet and drinks this savor-worthy you’ll hardly care.) 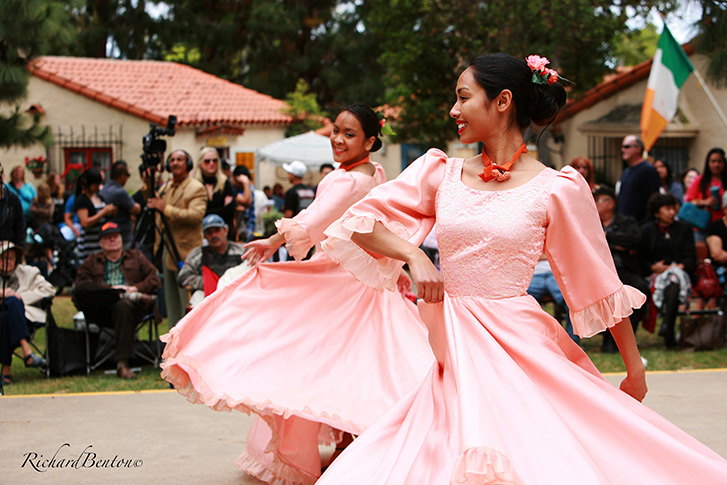 Travel around the globe without ever leaving Balboa Park. On weekends, the International Cottages – which were built for the 1935 Exposition – are open to the public and give visitors a window into the world through the 34 cultures and countries that are all housed in the quaintest of quaint structures. On most Sundays, there are performances at 2 p.m. from the different cottages that feature music, dance, traditional costumes, arts, crafts and ethnic foods. Need another reason to check out this multicultural charm? The area is one of the best places to picnic in the park and alcohol – but no glass of any kind – is permitted between the hours of noon and 8 p.m. 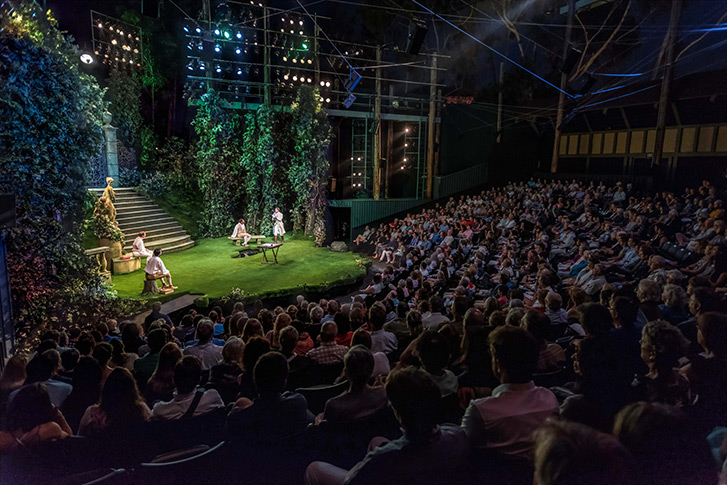 What could be better than taking in a timeless tale by the bard? How about doing it under the stars on a San Diego summer night? That’s exactly what The Old Globe offers each summer with its Shakespeare Festival. In fact, there is really nothing quite like seeing some of Shakespeare’s most iconic plays – The Tempest, Much Ado About Nothing, King Richard II and Hamlet to name a few – featuring seasoned Shakespearian actors in the 615-seat Lowell Davies Festival Theatre, which is framed by towering Eucalyptus trees. The festival also gives attendees plenty of chances to get up close and personal with material as well as the cast and crew with free seminars and question-and-answer sessions on select nights. 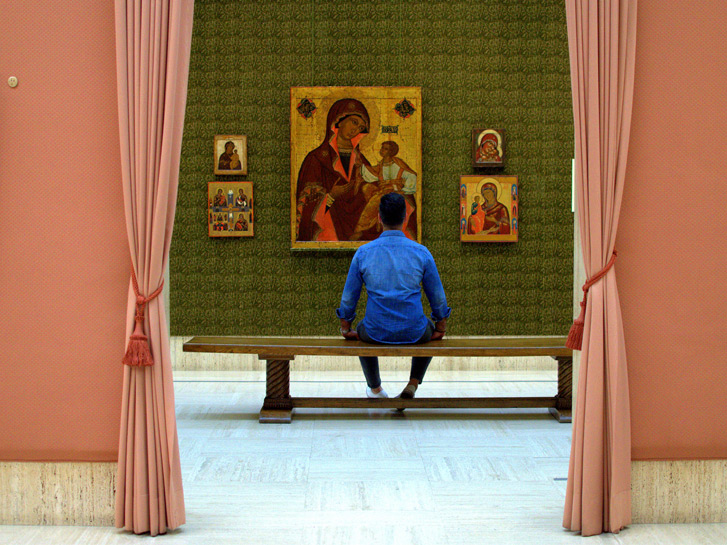 Called Balboa Park’s “jewel box,” the Timken Museum, is a treasure of mid-century architecture filled with European and American masterpieces, including the only Rembrandt publicly on display in San Diego, as well as Russian art icons. The museum’s minute size is by no means a minus. Instead it makes for an art-viewing experience that is both intimate and accessible, allowing visitors to relax and absorb what is considered one of the finest small museums in the world. The best part? Admission is always free. 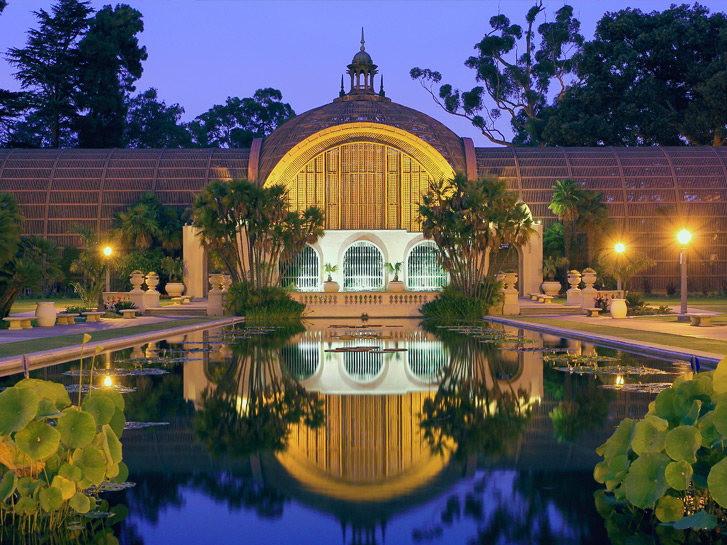 Botanical Building and the Lily Pond

One of the most photographed attractions in Balboa Park, the Botanical Building was built for the 1915 Exposition along with the adjacent lily pond. While the historic building itself is something to see – it’s considered one of the largest wooden lath structures in the world, for whatever that’s worth – even more eye-popping is what’s inside. There you will find more than 2,100 permanent plants, including collections of cycads, ferns, orchids, other tropical plants and palms as well vibrant seasonal flower displays. 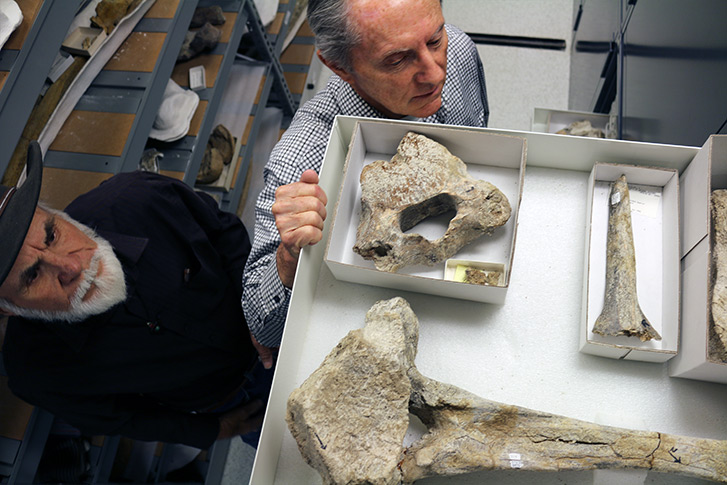 Sure, most natural history museums have fossils but not all of them have the kind of fossils that, as the Los Angeles Times wrote, have the potential to “rewrite the opening chapter in the history of the New World.” That’s exactly what the Cerutti Mastodon – so named for Richard Cerutti, the paleontologist from The Nat who found the mastodon fossils during a routine Caltrans dig – has done. In fact, because the fossils show signs of breakage likely caused by early humans, the discovery calls into question the timeline of when humans appeared in the Americas—moving it up by, oh, around 100,000 years. No big deal. The exhibit, which runs through 2019, shows off the 130,000-year-old mastodon bones and delves into the discovery as well as the debate that surrounds it. 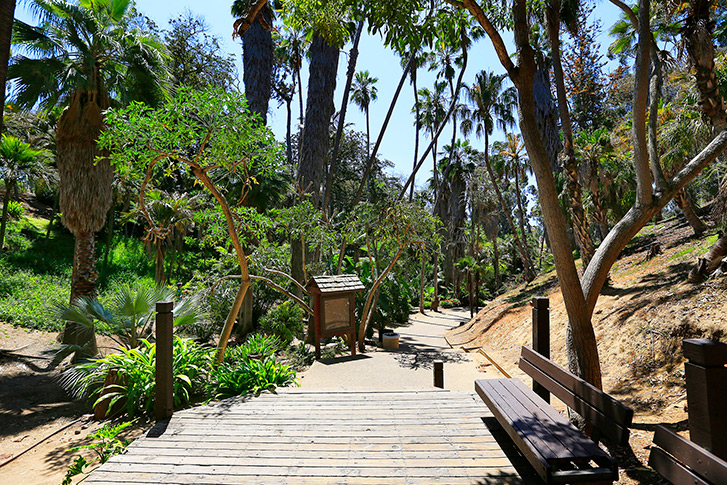 For those who want to get away from the hustle and bustle of the city, a visit to Palm Canyon feels like entering another world – a prehistoric jungle kind of world. Located across from the Spreckels Organ Pavilion, the 2-acre area contains more than 450 palms of some 58 different species, including the original group of Mexican fan palms that date back to 1912. The wooden footbridge and steps that descend into the lush and shady canyon also give the trail a bit of a Swiss Family Robinson vibe, which makes the excursion intriguing for adults and kids a like. 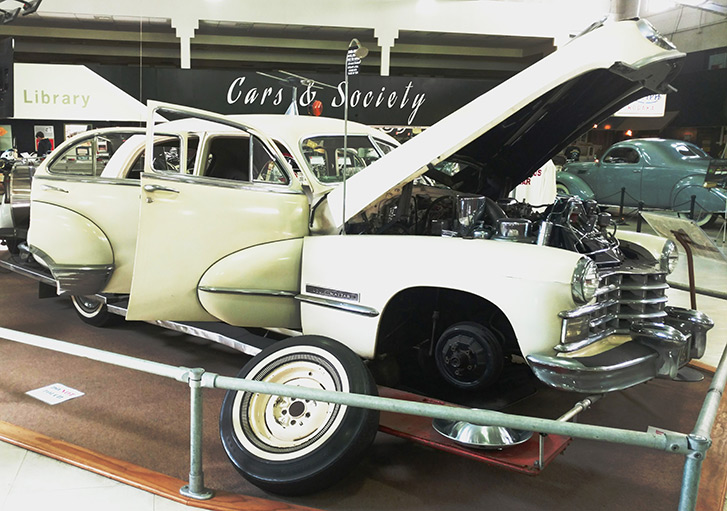 There are some things in life that defy, if not imagination, at least description. Such is the case with Louie Mattar’s Fabulous Car. The San Diego garage owner spent years retrofitting his 1947 Cadillac with everything from an electric stove to a washing machine to a chemical toilet, which all were stored under the backseat cushions. For the dashboard, Mattar added a tape recorder, a bar and even a public-address system. But his creation wasn’t designed to sit idle in his garage. In 1952, Mattar and two other men travelled from San Diego to New York and back without stopping – a feat accomplished by refueling from a moving gas truck three separate times. Still can’t quite comprehend it, let alone, picture it? Well, that’s why a trip to the San Diego Automotive Museum is a must. 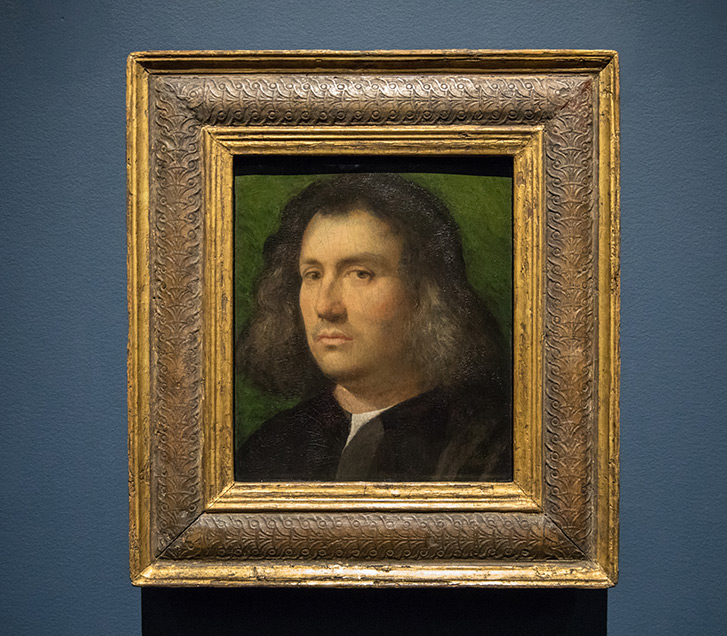 Portrait of Man at The San Diego Museum of Art

Want to see a rare Renaissance painting whose subject has an enigmatic smile that both beguiles and bemuses? You don’t need to travel all the way to Louvre to meditate on the Mona Lisa. You can see such a sight at The San Diego Museum of Art. The painting in question is “Portrait of a Man” by Giorgione, a mysterious yet acclaimed Italian painter. In fact, scholars consider the painting “one of the finest Italian Renaissance portraits in the United States.” It is also one of only four paintings by the artist that can be traced directly to his studio and is used to authenticate other works attributed to Giorgione. It’s even affectionately known as “San Diego’s Mona Lisa.”

Let a Pro Show You Around

From a historic Gaslamp Quarter walking tour to snorkeling with the leopard sharks to a twilight sail on the Big Bay, taking a tour with an experienced sightseeing guide is a great way to get a local's take on San Diego.

From amusement parks to works of art, there's plenty to see and do in San Diego.

Get to know San Diego through treasures from the vaults
Discover