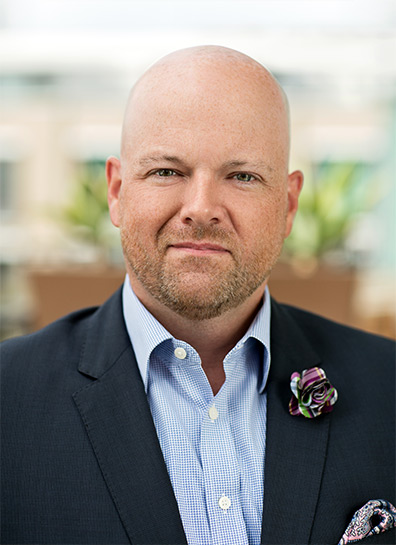 Michael O’Donohue is the General Manager at Fairmont Grand Del Mar, one of only 14 Forbes triple five-star resorts in the world. He brings over 28 years of hospitality experience to the role, where he is responsible for managing the overall team and operations, performance, and strategic direction.  With extensive experience in luxury hotel management, O’Donohue joins the team after nearly five years with Montage International as General Manager at Pendry San Diego, where he opened the flagship property. Previous to this, O’Donohue spent ten years working in various positions at Starwood Hotels & Resorts. Prior to his time at Starwood Hotels & Resorts, O’Donohue worked at InterContinental Hotels and Hilton Hotels. He started his career at Hilton Short Hills in New Jersey as an Assistant Chef after earning his Associate of Occupational Studies degree from the Culinary Institute of America.

O’Donohue is currently a board member of the San Diego Tourism Authority and Vice Chair on the California Hotel Lodging Association Hospitality Foundation, which supports hospitality management and culinary arts programs in California colleges and universities. In O’Donohue’s free time, he enjoys cooking, exploring San Diego’s outdoors and spending time with his wife and kids.

Tips for dining out with your doggie

San Diego is a great place for dogs to dine out with many great dining experiences for both you and your furry friend! Well-behaved, leashed dogs are allowed at the following restaurants and cafés.

The only thing better than a vacation? A discounted one. Great rates on great rooms. Doesn't get much simpler than that!

Plan your much needed 2021 escape to San Diego and enjoy additional Wyndham Rewards Points each night of your stay. Here at Days Inn by Wyndham San Diego Hotel Circle, you'll always experience a...

Our annual San Diego Museum Month program may look a little different this year, but February remains the perfect month to discover (or re-discover) the story of San Diego as told through our diverse...