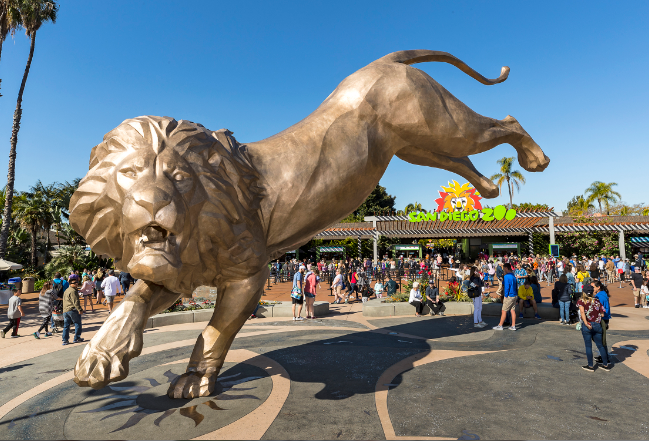 LEGOLAND® California Resort announced the largest addition in the park’s history: The LEGO® Movie™ World, opening in spring 2020. The new attraction area is based on the blockbuster films The LEGO Movie and The LEGO Movie 2: The Second Part. The new land fully immerses guests into the LEGO Movie universe and places them onto the streets of Bricksburg. On the flagship ride, Masters of Flight, guests hop aboard Emmet’s triple decker flying couch for a thrill-seeking adventure. Visitors will also enjoy the rush of falling from Unikitty’s Disco Drop after they are launched to the top of Cloud Cuckoo Land, then dropped, spun and bounced down to earth. Guests can also explore Benny’s Play Ship, ride a fully reimagined carousel, and meet Emmet and friends in Emmet’s Super Suite apartment.

SeaWorld San Diego plans to open “Emperor,” the park’s new dive roller coaster, in summer 2020. There are currently 14 dive coasters in the world designed by Bolliger & Mabillard; these rides feature near-vertical drops with a holding brake at the top of the coaster, just before the drop. The Emperor will be the tallest, fastest and longest dive coaster in California, as well as the only floorless dive coaster in the state. Named for the world’s largest penguin, the new ride will mimic this species’ amazing underwater diving ability. Climbing to 153 feet with feet dangling in the air, riders on Emperor will be suspended on a 45-degree angle at the crown of the ride before plunging down a 143-foot facedown vertical drop accelerating to more than 60 miles per hour. Riders will also experience inversions, a barrel roll, Immelmann loop, hammerhead turn and flat spin as they race along the nearly 2,500 feet of track. This exciting attraction will highlight an important new animal-conservation partnership between SeaWorld and Penguins International that will focus on penguin awareness and the conservation needs of this special aquatic bird. A portion of the proceeds from sales of penguin merchandise at the Emperor retail store will be donated to Penguins International to support conservation, education and research efforts.

SeaWorld Entertainment and Sesame Workshop, the nonprofit educational organization behind Sesame Street®, plan to open a new Sesame Place® theme park in spring 2021. Sesame Place San Diego, only the second Sesame Place® in the United States, will be located on the site of the current Aquatica San Diego, SeaWorld’s waterpark. The new, nearly 17-acre park will feature all the fun, laughter, and learning of Sesame Street in a highly immersive way with exciting family rides, water slides, live character shows and parades. Sesame Place San Diego will open as a Certified Autism Center (CAC), mirroring its Philadelphia sister park, which was the first theme park in the world to achieve this designation. Staff-wide autism sensitivity and awareness training will be completed prior to the park’s debut, and robust pre-visit planning resources, including a park-specific sensory guide will be featured on its website, making it easier for parents to plan activities that satisfy their child’s specific needs and accommodations. Designated quiet spaces with adjustable lighting and comfortable seating will also be incorporated into the park’s design. Construction on Sesame Place San Diego does not impact Aquatica’s operations. It will open for its final season on Memorial Day weekend in 2020.