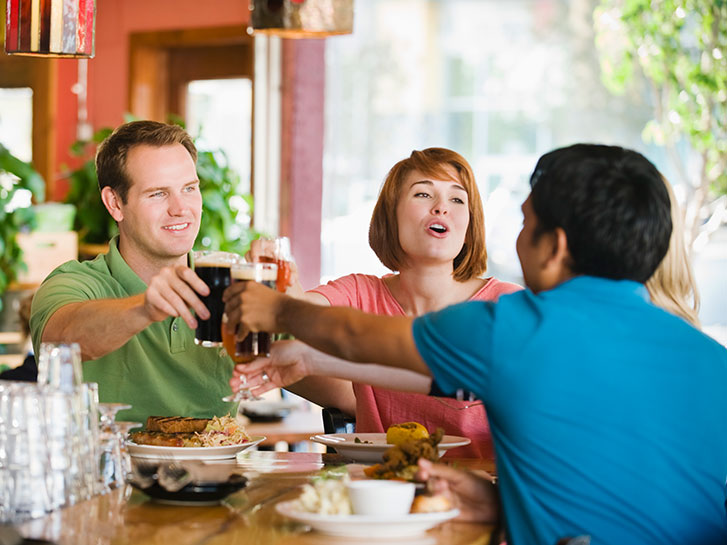 Slated to open in April 2022, Marisi Italiano in La Jolla will feature a menu rooted in regional dishes from the whole of Italy, including handmade pasta and hearth-cooked meats and seafood. The international and highly intense cocktail program features an array of Italian aperitivos, homemade limoncello, rare spirits and an Italian pilsner made specifically for Marisi.

Opening spring 2022, the dynamic team behind The Rose, South Park’s treasured wine bar and bottle shop, is heading to North Park for their next venture. Featuring a menu of Mediterranean by way of California pintxos, also known as small snacks and plates, the new Mabel’s Gone Fishing on 30th Street will dedicate its cocktail list to creative gin and tonics and other gin-based drinks. There will be seasonal entrees, small plates and an oyster bar as well as a happy hour highlighting pintxos.

Grind & Prosper Hospitality is prepping three major openings this season. Opening early May in Oceanside on the roof of the Brick Hotel is the Caribbean-style cocktail bar CoCo Cabana while the ground floor will be anchored by Q&A Restaurant & Oyster Bar, named for Executive Chef Quinnton Austin, who will be cooking up New Orleans cuisine. Set to open late May, Coco Maya by Miss B’s in Little Italy will feature an open-air bar and restaurant that will serve cocktails and a menu from Executive Chef Ricardo Heredia inspired by Latin Caribbean ingredients and flavors.

In spring 2022, Carruth Cellars Urban Winery will be among the newest dine and drink options in Liberty Station. The expansive wine garden will serve house-made paninis, salads, plus build-your-own cheese and charcuterie boards to complement Carruth’s award-winning, bold California-style wine, which will be available in flights, glasses and bottles. In addition, Carruth will debut an artisanal cheese counter. Local sourcing partners will include The Aniata Cheese Co and Carlsbad-based Prager Brothers Artisan Breads.