Ambassador for the Arts

Internationally renowned conductor and Music Director of the San Diego Symphony for 13 years, Jahja Ling's passion for excellence was fueled by a city rich with inspiration. 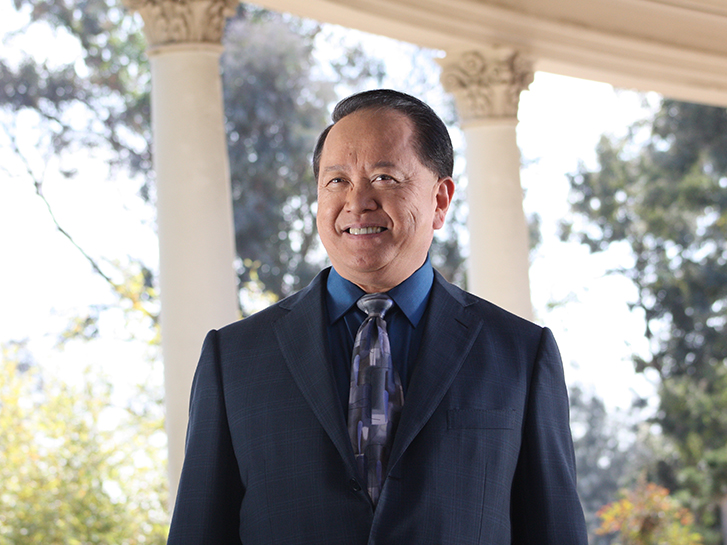 Jahja Ling’s distinguished career as an internationally renowned conductor has earned him an exceptional reputation for musical integrity, intensity and expressiveness. Born in Jakarta, Indonesia and now a citizen of the United States, he is the first and only conductor of Chinese descent who holds a music director position with a major orchestra in the United States.  Jahja began to play the piano at age 4 and at age 17 he won First Prize at the Jakarta Piano Competition and one year later was awarded a Rockefeller grant to attend The Juilliard School, where he studied piano with the great piano virtuoso Mieczysław Munz. After completing a master’s degree at Juilliard, he studied orchestral conducting at the Yale School of Music under Otto-Werner Mueller and received a Doctor of Musical Arts degree in 1985. As a pianist, Mr. Ling won a bronze medal at the 1977 Arthur Rubinstein International Piano Master Competition in Israel and was awarded a certificate of honor at the following year's Tchaikovsky International Piano Competition in Moscow. He made his Cleveland Orchestra debut as a pianist in 1987 and has appeared as both soloist and conductor with a number of orchestras in the United States and internationally. Over the past 30 years, he has conducted all of the major symphony orchestras in North America as well as many others across the world. Under his leadership, the San Diego Symphony has been designated a Tier One major orchestra by the League of American Symphony Orchestras, based on a new level of unprecedented artistic excellence.

Take a tour through San Diego's rich and diverse landscape

San Diego weaves together many influences, beginning with indigenous people including the Kumeyaay/Diegueño, Luiseño and Cahuilla, continuing through the eras of Spanish and Mexican governments. Chinese and Japanese immigrants began arriving between 1860 and 1880, while the Filipino population boomed as a result of World War II. More recently, the region has become home to Iraqi and Somali communities. This mixture means that you can find delectable food, lively festivals and thoughtful museums. Here are five to get you started.

From the wild west to ghostly hauntings, San Diego's Gaslamp Quarter has an interesting and colorful past. Here are ten secrets to uncover the next time you're visiting the Quarter.

Teens on a San Diego vacation will enjoy all-ages music venues, record stores and a unique tour where teens can get caught up in San Diego’s local music scene.