San Diego’s prime location doesn’t just mean nearly 300 days of sunshine a year and beach time in the winter—its combination of geography, diverse topography, and a laid-back lifestyle have set the stage for culinary innovation, too. Dishes, drinks, and brands have started right here in San Diego thanks to the city’s unique characteristics.

From cross-border influences in food and craft beer to a Top Chef restaurant empire, here are a few culinary and beer icons born in San Diego: 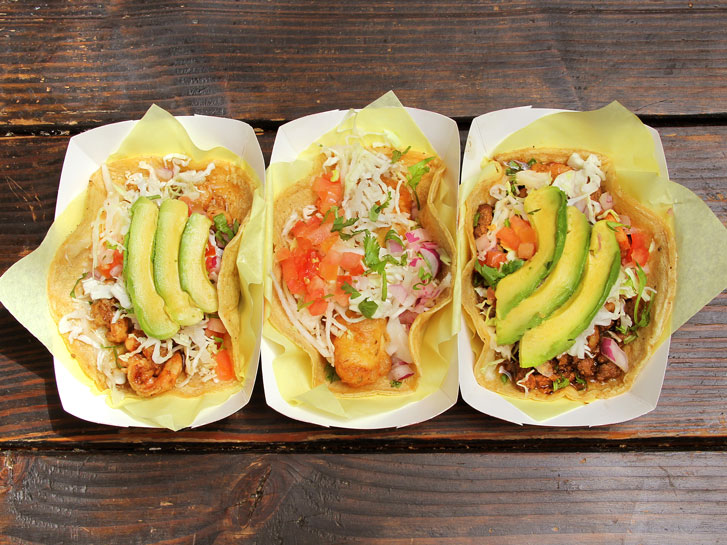 Better known as San Diego’s unofficial mascot, the fish taco is said to have debuted in San Diego in 1983 thanks to Ralph Rubio, co-founder of fast-casual Mexican chain Rubio’s. During a 1974 spring break trip to San Felipe on the Baja Peninsula, Rubio stumbled upon the simple, beach-perfect taco and wrote down a list of ingredients from his favorite vendor (rumored to be Taqueria Adriana). He held onto that recipe for seven years before opening his first restaurant, in Mission Beach. Now you can find various interpretations all over the city—from a gourmet riff at Galaxy Taco to the crowd-favorite TJ Oyster Bar in Bonita and the Mariscos Nine Seas food truck in South Park. 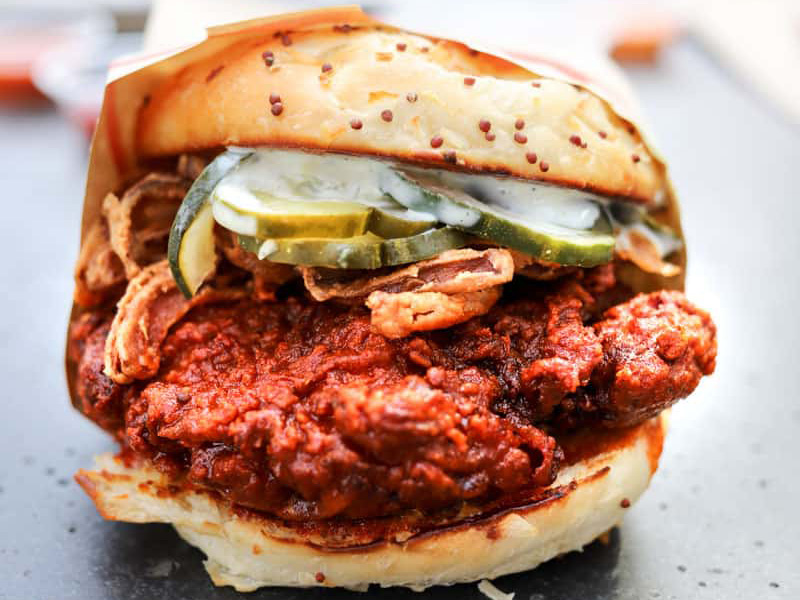 Richard Blais rose to stardom on Top Chef and Top Chef All-Stars, and when he chose to start his restaurant empire, he wanted the Pacific Ocean as his backyard. Blais debuted with his “left coast cookery” Juniper & Ivy in 2014, known for its beef tartare and Instagrammable yodel dessert. Next came Crack Shack, a wildly successful fast-casual eatery devoted to chicken and egg dishes like a two-hands-needed fried chicken sandwich. Since then, Crack Shack has expanded to Encinitas, Orange County, L.A., and Las Vegas with lines out the door. 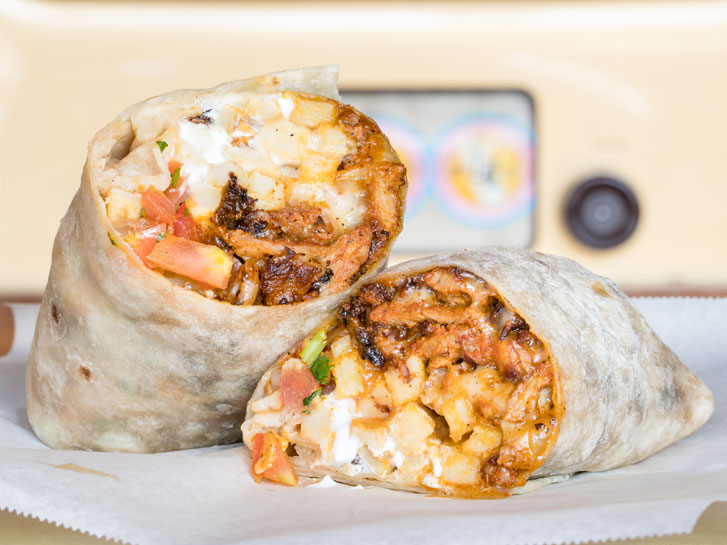 Burritos are a San Diego staple, whether you’re re-fueling after surfing or taking in a sunset from Windansea Beach. But to make it next-level local, you order a California burrito. Who actually invented this San Diego specialty is a hotly debated subject—some say it’s Roberto’s—but the components are the same: carne asada, guacamole, cheese, and French fries wrapped in a flour tortilla. If you want to try a different spin, in addition to offering a classic California burrito, Lolita’s is famous for their carne aside fries—a mound of crisp French fries topped with carne asada, guacamole, sour cream, and cheddar and cotija cheeses. 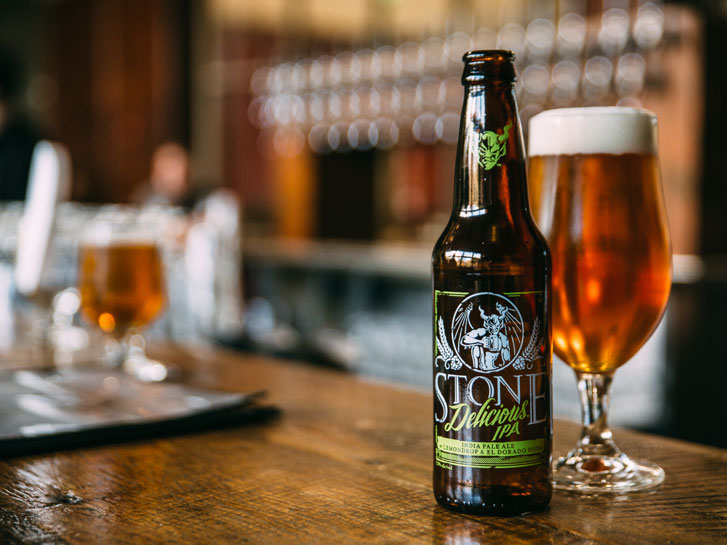 There are more than 150 breweries (plus brew pubs and tastings rooms) in San Diego, but none have had a meteoric rise quite like Stone Brewing Co. Known for their bold, hoppy beers, Stone launched in 1996 with its sprawling location in Escondido that touts a one-acre beer garden, large patio, and a food menu that champions, local, organic ingredients. Beyond a second location in San Diego’s Liberty Station—which has a bocce court and summer move nights— they’ve expanded globally, too, and you can find Stone beers in Asia, Europe, Australia and more. But they keep their recipe close to home, working with fellow San Diego-bred biz White Labs, a yeast producer that consults many breweries like Stone. 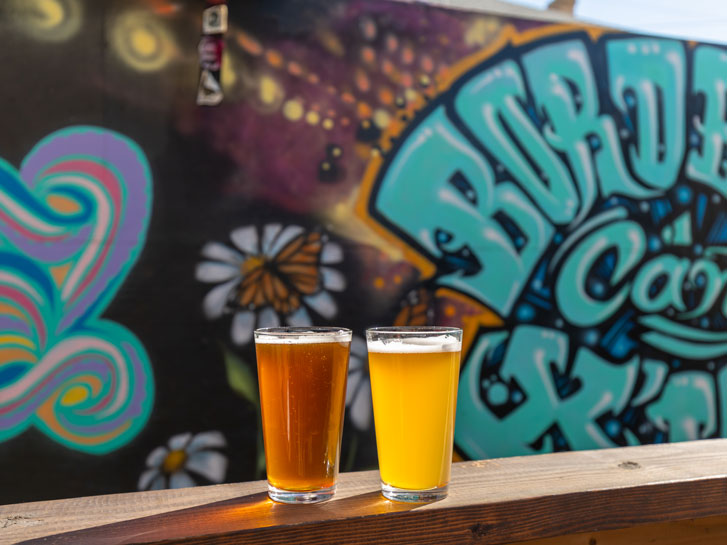 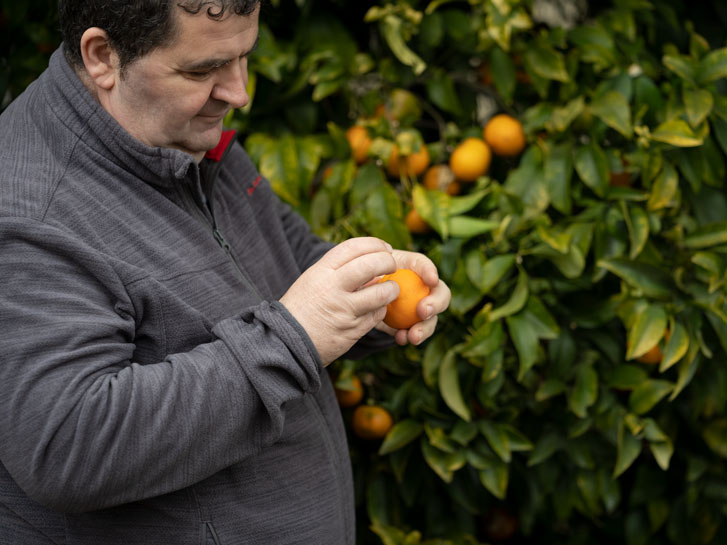 Many cities have farm stands, but not all have ones that are beloved by chefs like Alice Waters and Wolfgang Puck, and written about in The New Yorker. Fans like these have helped spread the world about this “vegetable shop” in Rancho Santa Fe whose roots date back to the early 1920s. Thanks to their microclimate-contained location five miles from the Pacific Ocean, Chino’s 45 acres burst with sweet corn, strawberries, oranges, tomatoes, and other seasonal goods. Around the city, you can find their produce at Wayfarer Bread & Pastry, Nine-Ten La Jolla, George's at the Cove, Mister A’s and Il Dandy.

They say it isn’t easy being green

Gone are choices of lukewarm pizza slices, tasteless hot dogs and hockey-puck burgers. At Petco Park, they've gathered the local favorite eateries from around San Diego and packed them all into a ballpark. It's the ultimate San Diego culinary experience...disguised as a baseball stadium.

Dining with a View in San Diego

From the Pacific Ocean to San Diego Bay, hundreds of restaurants offer memorable meals just steps from the shore. Here are some of local waterfront favorites.

Enjoy premium views of the Pacific Ocean and San Diego Bay, two rooftop pools with spacious sun decks and a location just steps from the city's top attractions and nearby beaches and parks. Must book...

Stay 7 nights or longer and save 30% off room rates

Book Now and Parking is Included

Book now and receive self-parking for one car per night while enjoying premium views of the Pacific Ocean and San Diego Bay, two rooftop pools with spacious sun decks and a location just steps...

St. Spyridon Greek Orthodox Church invites you to join us at our annual Greek Festival. We enjoy sharing our heritage, culture, music, traditions, customs and culinary skills with you, our neighbors...