Fall for the arts this autumn in San Diego! Thanks to the balmy fall weather, the arts and culture scene takes to the streets in San Diego. Stay outside and enjoy art fairs, outdoor concerts, dancing in the streets and much more. End the day by heading inside to enjoy a film festival or two.

Below are just a few of the great annual arts and culture events happening in San Diego this fall. 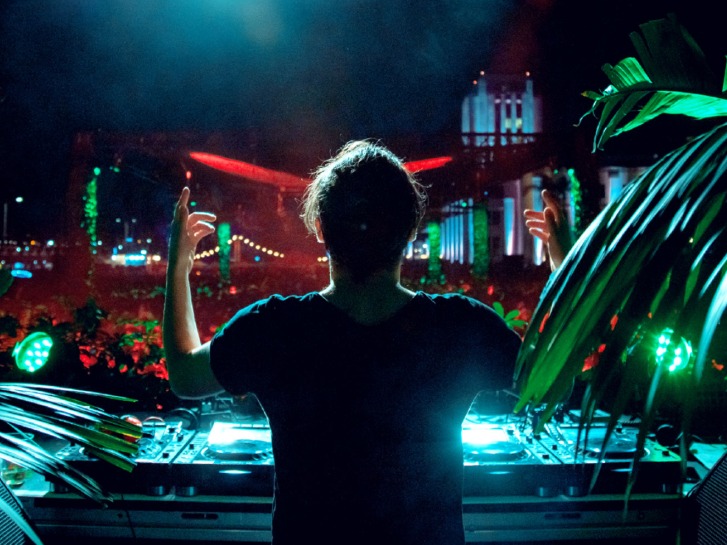 Humphreys Concerts by the Bay

When: Now - November 20, 2022
The popular Humphreys Concerts by the Bay features top name entertainers performing on an outdoor stage adjacent to a picturesque marina at Humphreys Half Moon Inn on Shelter Island.

Fandango for Butterflies (and Coyotes)

When: Now - September 25, 2022
Inspired by interviews with immigrants from Latin America – many of whom made a dangerous journey to the United States – Fandango for Butterflies (and Coyotes) is a celebration of the resiliency and camaraderie that can be built as strangers become friends, friends become family, and the music plays on.

When: September 2-4, 2022
Join the Barona Band of Mission Indians for a weekend of contest dancing in all categories, camping, drums and cultural immersion.

When: September 8-11, 2022
FilmOut San Diego is one of the longest-running film festivals in Southern California and the only LGBTQ film festival in the San Diego area bringing the best in LGBTQ+ and cult genre films to San Diego!

When: September 9-11, 2022
The Sycuan Pow-Wow is a time for people to get together, sing, dance, renew old friendships and make new ones, and a time for young people to meet and court.

When: September 24-25, 2022
CRSSD Festival is a two-day electronic music festival at the 12-acre San Diego Waterfront Park featuring three stages and 36+ performers. In addition to the music, the festival will offer craft beer, mixed drinks, food, and more.

When: September 24-25, 2022
Adams Avenue Street Fair is SoCal's largest free two-day music festival held each year during the last weekend in September in the community of Normal Heights.

When: September 24-25, 2022
Attendees can explore different facets of art from local, regional and international professional artists while enjoying street food, wine and beer, live entertainment, and the surrounding breathtaking views.

When: September 27 - October 2, 2022
CATS, the record-breaking musical spectacular by Andrew Lloyd Webber that has captivated audiences in over 30 countries and 15 languages, is now on tour across North America! 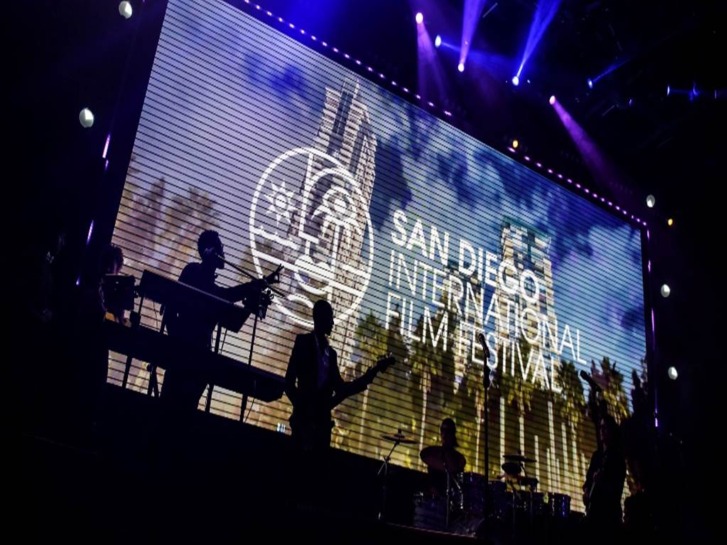 When: October 8-9, 2022
Featuring more than 160 artists from across the U.S. and Mexico, their exquisite creations come in a variety of mediums including painting, sculpture, jewelry design, fine glass, ceramics, woodwork, mixed media, and photography.

When: October 19-23, 2022
The 21st Annual San Diego International Film Festival is really 'Putting the Fest Back in Festival!' This year includes the return of the Opening Night Film Premiere & Reception, the Night of the Stars Tribute, Culinary Cinema, plus more in-person parties, panels and networking events. 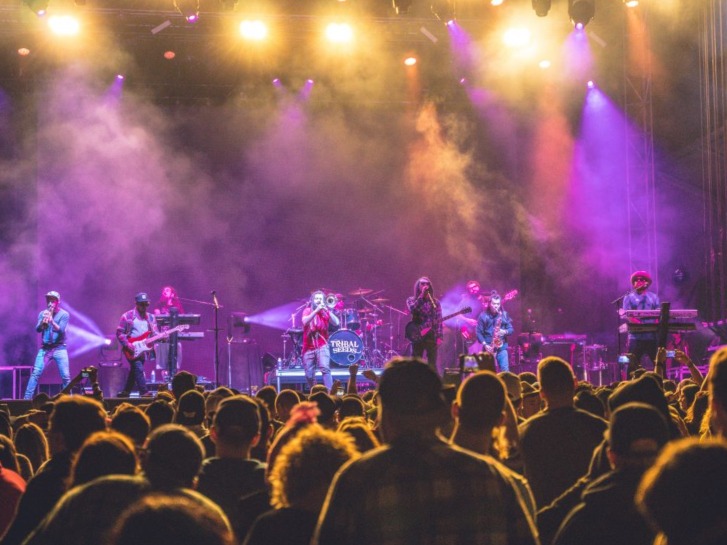 When: November 9-20, 2022
HAMILTON is the story of America then, told by America now. Featuring a score that blends hip-hop, jazz, R&B and Broadway, HAMILTON has taken the story of American founding father Alexander Hamilton and created a revolutionary moment in theatre—a musical that has had a profound impact on culture, politics, and education.

When: November 9-13, 2022
The Coronado Island Film Festival is planning for a return to our traditional festival format with in person screenings, special engagements, panels, culinary cinema series, and of course red carpet moments! Additionally, the festival plans to curate a select number of films that will screen online as part of our virtual fest.

When: November 18-20, 2022
A highly-anticipated 7+ stage, 80+ bands, 3-day music, culinary and arts festival will descend upon the stunning waterfront of downtown San Diego all along the Embarcadero.

When: November 23 - November 27, 2022
The San Diego Jazz Fest over Thanksgiving will present a variety of traditional jazz music, from ragtime to swing to rockabilly at the Town & Country Resort and Hotel in Hotel Circle. Jazz bands and musicians from across the U.S. will perform.

* Please note, events are subject to change and cancellation. Please confirm the event information by visiting the event website. 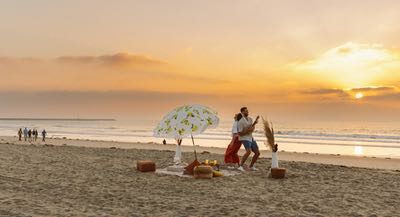 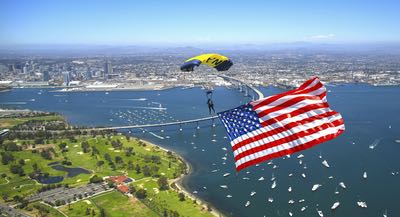 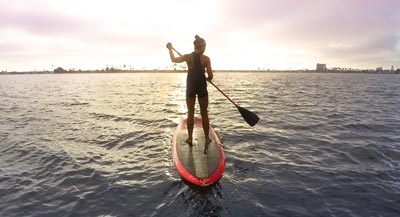 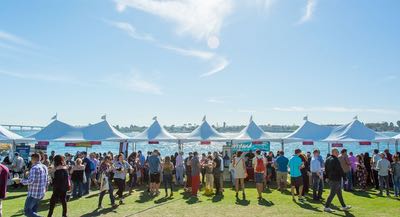 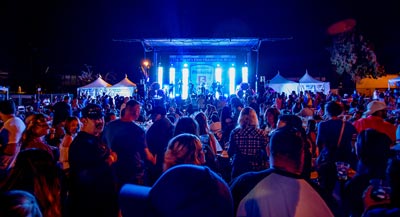 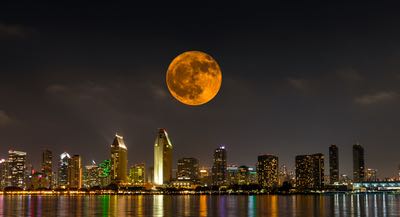 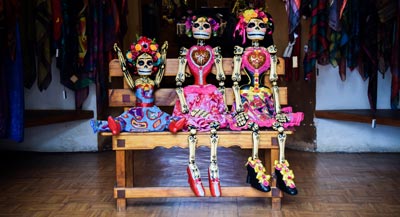 Join us on Dec. 2 and 3 for the City of San Diego's largest free holiday festival in beautiful Balboa Park.

Dr. Seuss’s How the Grinch Stole Christmas! is a wonderful, whimsical musical based upon the classic Dr. Seuss book. Back for another incredible year, the family favorite features the songs “Santa for a Day,” “You’re a Mean One, Mr. Grinch,” and “Welcome, Christmas (Fah Who Doraze),” the delightful carol from the popular animated version of How the Grinch Stole Christmas! Celebrate the holidays as the Old Globe Theatre is once again transformed into the snow-covered Who-ville, right down to the last can of Who-hash.

Amazing options for music lovers of all ages

Here are four excellent ways for all ages to enjoy the music scene in San Diego County without rigid age restrictions getting in the way.

Enjoy opera, ballet, Tony Award-winning theatre and the latest in rock, blues or jazz at one of the many disability accessible theatres or performing arts venues in San Diego County.

Laughter is indeed one of the best medicines, thanks to the endorphins it releases, and a visit to one of San Diego's comedy clubs will help get those mood enhancers flowing.